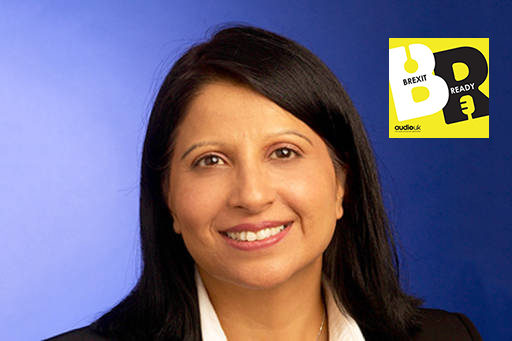 Get Brexit Ready – advice for employers, employees and freelancers in the audio sector

KPMG’s Punam Birly has some advice for people working in the audio and radio industry to plan for when the UK’s relationship with the EU changes.

AudioUK has produced a series of podcasts to help prepare you and your audio business for Brexit, whenever it might happen. Listen as Georgie Frost gets tips and advice from people with experience of everything from intellectual property and HR to business contracts and working with staff and companies in different countries.

In the latest of our features to help you prepare for the UK’s expected departure from the EU next year, we hear about the planning you might need to do if you employ EU nationals, are an EU national or want to go and work in an EU country.

Punam Birly is a partner at KPMG and specialises in the people and immigration aspects of Brexit.

She explains that the onus is on those from other EU countries – rather than their employer – to make sure they have a right to stay in the UK after Brexit. “If you’re an employer in the UK you have to conduct right-to-work checks when you take an employee on. That’s with anyone, not just EU nationals. Post-Brexit you would have to do exactly the same. And right now, as a good employer, you may want to give them information to explain that they need to get a new immigration status – settled status. But you’re not obliged to do anything.”

If you’re an EU national working in a UK-based radio or audio company, you need to apply for settled status – and you can do that already.

“It is worth applying online,” suggests Punam. “Get the status if you’ve had five years of continuous time in the UK, and you can have been absent for some of those. If you haven’t reached five years yet, you can get pre-settled status. But essentially what you’re applying for is a digital number, a digital immigration identity. So if you’re self-employed as producer, but you decided actually to become an employee as a producer or to do some work as an employee, then you may want to give your employer access to that number.”

Of course many audio producers here in the UK might need to travel to other parts of Europe as part of their work – maybe to record interviews or hold meetings. “The EU has said that if, say, a British producer goes over to France, they don’t need a work visa if they’re just doing business visits” says Punam. “If they’re just there for meetings and so on, they can travel throughout the Schengen area for up to 90 days in any 180 day period. So all they have to do is keep a check on how long they’re over there.”

“Brexit is about the separation agreement – going forward, we need to decide what’s going to happen. It might be that the EU say when we agree a new trade deal that you can continue to work without a visa in certain circumstances, but right now with so much going on, we just don’t know.”

How about if you’re a UK citizen, going to work in the EU for an EU company?

“In that situation, if you’ve got a contract with them – let’s say you’re an employee – then they will be paying your taxes,” Punam advises. “If you are working there at the moment, there’s no immigration issue because you’re there by right. Post-Brexit if we have no-deal and no other arrangement, it may be that you need a work permit, so you have to think about that and get that organised. You’ll have to build in some extra time in your arrangements for going over there.”

And with an industry made up of so many freelancers, does it matter whether you’re employed or self-employed? “The current rules around free movement apply to employed and self employed people,” says Punam. “Going forward, I imagine the rules will also apply to employed and self employed. So this right to go and have business visits in the Schengen area applies if you’re a freelancer as well. The difference might be that if you are a freelancer there permanently, you’re going to have to understand what rules apply in that particular country.”

All of these things could be important, depending on the future relationship the UK agrees with the EU ahead of our departure – or if there’s a no-deal Brexit at the end of January 2020. “I know admin is dull, tax is dull and immigration as well,” says Punam. “But it’s one of those things where you just have to spend a bit of time just to make sure that you’re compliant.”

You can listen to more advice on the Brexit Ready podcast – and use the government’s online checker to see what you or your business should be doing to prepare for Brexit.