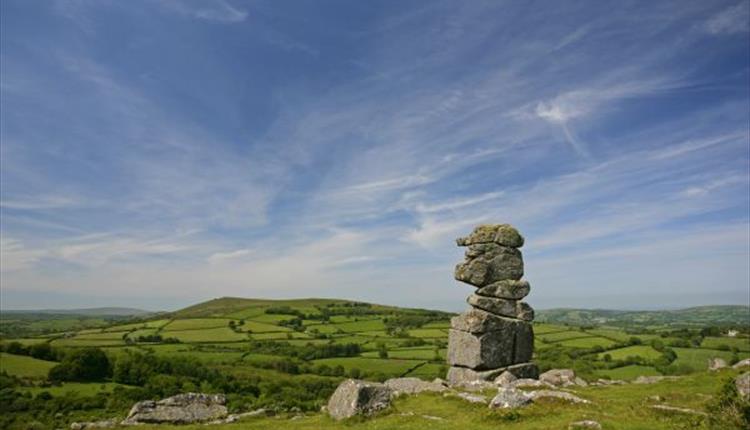 One of the six stations licenced by Ofcom today include Skylark – a radio station for all of Dartmoor National Park.

But instead of the usual mix of local news, presenter bantz and a bigger variety of hits, it will be a soundscape made exclusively by people on Dartmoor.

The sound of the station will change with the weather, the seasons, and the time of day. Recordings made around Dartmoor will be uploaded and played out, either pre-recorded or streamed live. They will be unprocessed and random, and available only in the area via an analogue radio, albeit with an archived library of the best bits being made available online.

The soundscape will be a composite composition of local voices, field recordings, new writing, unaccompanied song and improvised music, entirely recorded within the broadcast range of the station. Short segments will be continuously added to the composition and weighted accordingly so that at any time the radio will present items that participants have recorded in recent weeks. These segments will appear at random, being and mixed, looped, overlapped and faded in and out, creating an ever-changing collage of local life.

The application for the community radio licence explans more: “For example, a listener to the station may hear the sound of a child playing a tune on a recorder, blended with a recording of a river. This will fade into the voice of a farmer talking about selling cattle, which then transitions into the bustling sounds of a market day in a local town. These individual segments will each appear many times over but in new formations each time, giving both a sense of continuity and freshness by poetically linking past remembrances and the present moment”.

The majority of content for the station will be produced in workshops in local schools, history societies and other community groups. A great number of people will learn how to produce short audio features and how to submit them for broadcast. Individuals will be able to upload their own content to a portal, where it will be reviewed for broadcast.

Over the first two years the station will develop a network of simple community studios where people can drop in to record themselves or one another. Other types of workshops will run alongside those for content provision, for instance where people will be able make their own FM receivers, or where invited artists can share their skills and passions to inspire participants to increase the range of their contributions to the project.

Additional content will be drawn from existing archives, currently held by local history societies and museums, individuals and arts organisations.

The output will be entirely new and different at all times. We will be broadcasting one-third music, one-third speech, and one-third other sounds. Music will include new improvisations and compositions; new and archive recordings of traditional and classical music; other music recordings made on Dartmoor as appropriate. Speech content will include oral histories, readings of historic texts and out of copyright fiction and poetry, new poetry and writing created for the station, folklore and storytelling, descriptions.

All the output, at all times, will be both live and new. Though recordings will be used more than once, they will never sound the same twice as they blend with other recordings each time.

Live material in a more traditional sense will be generated by a number of listening points around the Moor, which send in live audio streams over 4G.

The sound of the station will differ from day to night, and will change with the seasons and the weather.

Skylark will be available for local shops and businesses to listen to without paying performance rights as the station will offer the content copyright free.

It's easy to put travel news on your radio station, from £25 a month for online stations. See RadioTravelNews.com for details and same day set up.
Posted on Thursday, February 1st, 2018 at 4:10 pm by Matthew Hardman