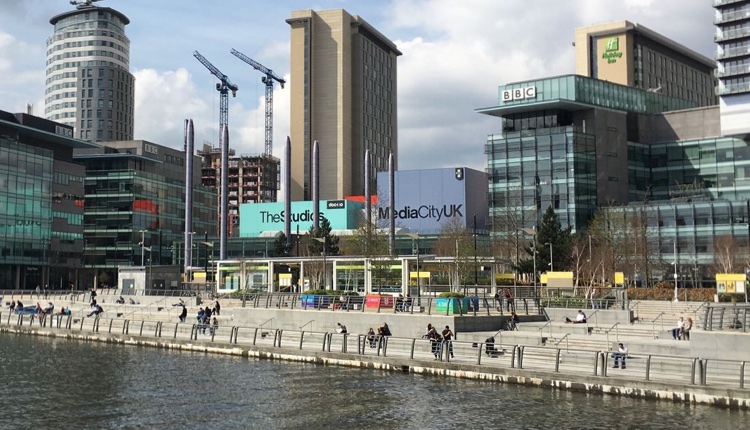 The radio comedy session at this year’s Nations and Regions Media Conference at MediaCityUK will include Diona Doherty as one of the panelists.

The University’s Dr Caroline Magennis, chair of the British Association of Irish Studies and organiser of the Agreement 20 Conference exploring the 20th anniversary of the Good Friday Agreement, will chair the panel.

“As the subject of Northern Ireland gains increasing prominence due to Brexit, we’re looking forward to hearing the panellists talk about how the comedy made there provides not only a unique insight into Northern Irish culture, but about how we’re increasingly likely to see more of these groundbreaking productions in the rest of the UK soon.”

The 24th Nations and Regions Media Conference will be held in the DPL Theatre at the University of Salford on April 19th. The day, which is being co-hosted by Radio 1 presenters Katie Thistleton and Jordan North includes a wide range of sessions discussing the future of radio and audio production in the 21st Century.

It's easy to put travel news on your radio station, from £25 a month for online stations. See RadioTravelNews.com for details and same day set up.
Posted on Monday, March 26th, 2018 at 7:38 pm by Duty Reporter

Looking ahead to the Nations and Regions Media Conference