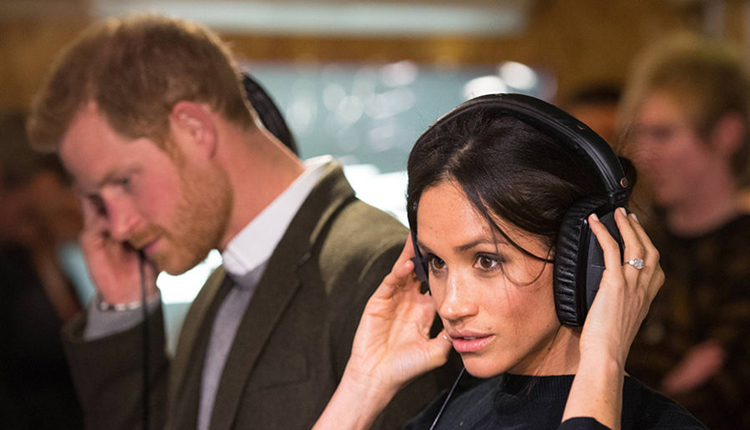 All of the BBC’s network radio stations are pulling out the stops to cover the wedding of Prince Harry and Meghan Markle on 19th May, with special shows – including live OBs from Windsor.

Chris Evans will be in the town for a live Saturday morning show 8am-11.30am on Radio 2, followed by Alan Carr and Mel Sykes 11.30am-1pm from the studio. Paul Gambaccini has a special Pick of the Pops featuring hits from the birth years of Meghan and Harry – 1981 and 1984. Zoe Ball takes over at 3pm with Royal Wedding party tunes.

Radio 1 will have Scarlett Moffatt as its royal correspondent, reporting into the station live from Windsor Castle every hour of the day, while Radio 3 has a wedding-theme to its Saturday breakfast show and Words and Music the following day.

Asian Network will feature updates throughout the day on Asian Network News as well as live reports from Anisa Kadri on the Raj and Pablo show.

On the speech networks, Radio 4‘s Today Programme will have Mishal Husain live in Windsor, while weekday 5 live Breakfast presenter Rachel Burden will be on air for Saturday’s breakfast programme on the station from the town too. There’s no Danny Baker on 5 live on 19th May – instead Nihal Arthanayake will be on from 10am.

From 11.30am across both Radio 4 and 5 live, Claire Balding will be anchoring live commentary of the wedding procession. Radio 4 opts out at 1pm, while 5 live continues to 2pm. The news and sport station will also have Eleanor Oldroyd and Gemma Cairney at the service at St George’s Castle. Other BBC presenters out reporting on the procession include Jane Garvey, Paddy O’Connell, Aasmah Mir, Rachel Burden, Alistair Bruce-Ball and Julian Worricker.

Radio 1’s Tina Daheley and Radio 2 Saturday breakfast presenter Dermot O’Leary are among the presenters hosting the TV coverage of the Royal Wedding on BBC One.