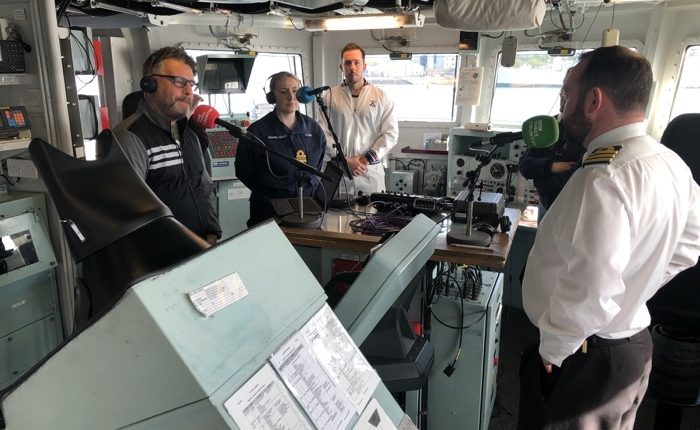 To celebrate the 30th anniversary of BBC Three Counties breakfast presenter Andy Collins has broadcast live from the bridge of HMS St. Albans.

HMS St Albans is a Type 23 frigate based out of Portsmouth. She’s an active on-duty warship sailed by a crew of 200.

The live breakfast broadcast also coincided with the announcement from the MOD that HMS St. Albans will be playing a leading role in the D-Day 75-anniversary remembrance celebrations.

On Wednesday 5th June over 300 veterans will sail from Portsmouth on a Royal British Legion chartered ship. As the vessel departs Portsmouth, HMS St. Albans will escort her to sea and pay its respects with a gun salute.

BBC presenter Andy Collins served on HMS Bicester, a Hunt-class mine countermeasures vessel but left the Navy in 1989 for a career in entertainment.

The BBC team spent two days onboard the ship broadcasting from the engine room, kitchens, mess and operations room. They met and interviewed crew from Beds, Herts & Bucks along with sailors whose family had been involved in D-Day. The aim of the programme was to let listeners in the three counties get a flavour of life on board and find out why the warship bears the name of the Hertfordshire city. 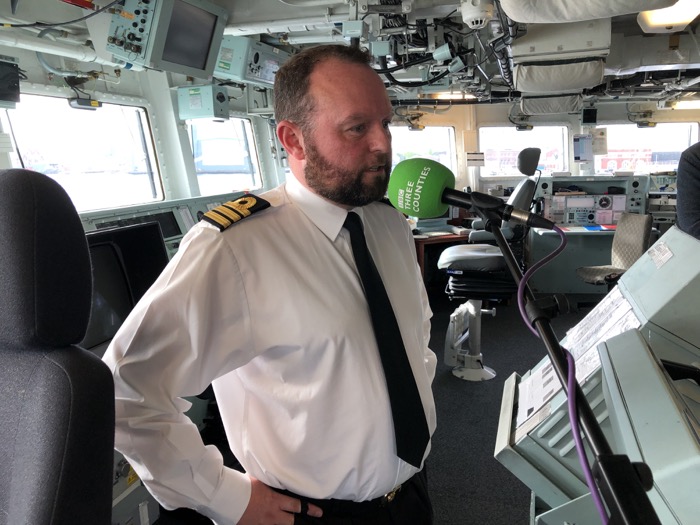 Breakfast presenter Andy Collins told RadioToday: “It’s been thirty years since I’ve been on-board a warship and have to thank Commander John Cromie for allowing us on-board. His crew has made us feel very welcome and shown us what life is truly like in the Royal Navy,” he added.

“I’m sure it’s not every day on HMS St. Albans that they build a radio studio on the bridge of the ship”.

You can listen again to the programme on the BBC iPlayer