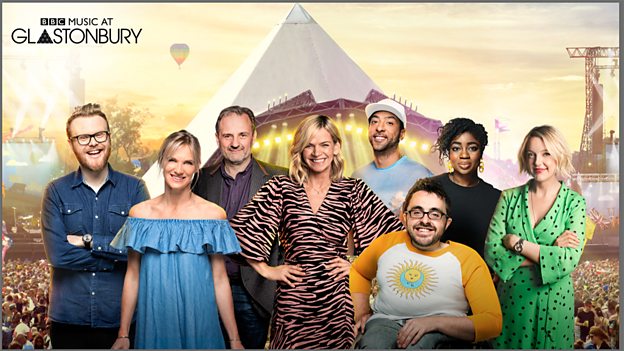 The BBC has announced its coverage plans for this year’s Glastonbury festival, with a special BBC Radio Glastonbury channel being created on BBC Sounds.

There will also be hours of live programming across Radio 1, 1Xtra, Radio 2, 5 Live and 6 Music from the event, which runs from 26th June to 1st July.

Listeners will be able to select BBC Radio Glastonbury on BBC Sounds to hear live programmes from across the networks as well as catch up on performances and listen to archive content. There will also be Glastonbury-themed music mixes such as So 90s, The Morning After Mix and Road Trip Records.

James Stirling, Head of BBC Music & BBC Music Introducing says: “BBC Music is delighted to be returning to Glastonbury this year – giving audiences such a wide range of ways to watch and listen to the best of the festival, whether they’re at home or on the move. Glastonbury 2019 on the BBC will see BBC Radio Glastonbury on BBC Sounds, over 30 hours of coverage on BBC TV and live broadcasts across Radio 1, 1Xtra, Radio 2, 6 Music and for the first time – 5 Live. There’ll also be over 100 performances from the main stages at Glastonbury available to view on BBC iPlayer – bringing all the variety of this world famous festival to audiences – whenever and wherever they want to tune in.”

Charlotte Lock, Launch Director, BBC Sounds says: “For the first time, listeners can hear Glastonbury delights 24 hours a day, all at the touch of a button on BBC Sounds. Our curated BBC Radio Glastonbury stream will be live from Thursday through to Monday, making BBC Sounds the place for music fans who want an access all areas pass.”

BBC Radio 1 and Radio 1Xtra
Radio 1’s Annie Mac and Jack Saunders will launch the BBC’s Glastonbury 2019 coverage live from the BBC Music Introducing Stage in Silver Hayes on Thursday 27th June. From 8pm-11pm, Annie and Jack will be bringing listeners interviews, live DJ sets and performances from special guests. On Friday 28th, Saturday 29th and Sunday 30th June, 10-4pm, Jack will be reporting back to the Radio 1 studio in London from the festival site, keeping listeners up to date on all the latest news from Worthy Farm.

On Friday 28th June, DJ Target will kick off 1Xtra’s coverage as he hosts a warm-up party live on air, joined by special guests, ahead of Stormzy’s much anticipated headline set. Following Stormzy’s show, which will be broadcast on 1Xtra, Sir Spyro will continue the celebrations until 1am.

There will be another chance to listen to highlights from Stormzy’s headline set on Saturday 29th June in DJ Target’s 7pm-9pm show, which will be simulcast on Radio 1 and Radio 1Xtra.

Radio 2
On Friday 28th June, 7am-10am, The Zoe Ball Breakfast Show will come live from Glastonbury, giving listeners a taste of what it’s like to be at the UK’s biggest festival. Zoe will have live music from Sheryl Crow, plus guest appearances from Basil Brush and Bjorn Again and Zoe will be chatting to Kylie Minogue as she prepares to perform in the famous legend slot on the Pyramid Stage on Sunday afternoon.

On Saturday afternoon, Jo Whiley will be live on Radio 2 from Worthy Farm from 4pm-7pm bringing highlight moments from the festival so far. Radio 2 will return to Glastonbury later that evening from 9pm-midnight, when listeners can tune in to hear The Killers’ headline show from the Pyramid Stage.

Jo will be back on Radio 2 on Sunday afternoon with more interviews, live music and highlights from the weekend so far. Plus she’ll be bringing Kylie Minogue’s show in the legends slot to audiences at home, and introducing a special Radio 2 gig from the BBC Introducing stage.

5 Live
From 11am-midday on Sunday 30th June, Laura Whitmore will be bringing the sights and sounds of Sunday morning at Glastonbury to Radio 5 Live listeners, chatting to festival-goers, as well as some of the musicians and artists performing.

6 Music
6 Music will be bringing music lovers hours of live coverage direct from Worthy Farm. Steve Lamacq will be broadcasting from backstage at BBC Music Introducing on Friday 28th June, 4pm-7pm. He’ll be joined by special guests including Fontaines DC and Ivor Novello award-winning band IDLES as they prepare for their Glastonbury debut, as well as roaming around the festival site. On Saturday, Lauren Laverne will be live on air from 1pm-4pm. Mark Radcliffe will bring listeners the latest from the festival on the Sunday from 1-4pm and Steve Lamacq will be back from 8pm-midnight with a show featuring live music from The Cure as they perform on the Pyramid Stage that evening. Plus, 6 Music will be linking-up with Matt Everitt across the weekend, who will be keeping listeners up to date with all the latest news from Pilton.

Need a new or improved logo for your radio station? Visit OhMy.Graphics and see how awesome you can look.
Posted on Tuesday, June 4th, 2019 at 11:23 am by Stuart Clarkson