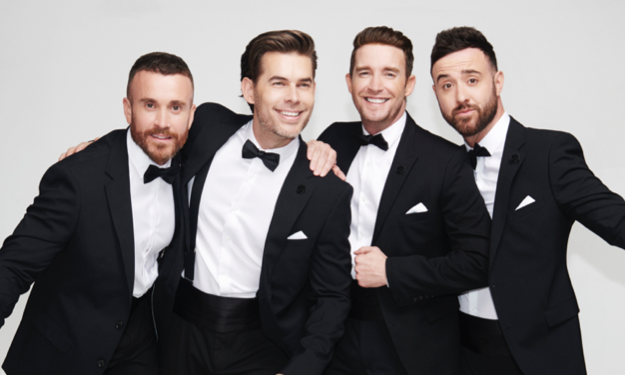 A former Royal Navy serviceman, Jay has worked with the likes of Booker T Jones, John Legend, Naughty Boy and the Jonas Brothers (amongst others) before rising to prominence on the X Factor.

Since then Jay has continued to record music and perform as well as becoming a radop broadcaster.

He has been hosting The Big Show on Forces Radio BFBS for the last couple of years, and presented on Nation Broadcasting’s five stations across Wales each Sunday from 4pm until last week.

Speaking about joining The Overtones Jay says “I’ve known the boys and been a fan for many years now and it has always been clear what they were all about – making great, timeless music, putting on incredible shows and enjoying life!

“Over the years that has never changed. I’ve been blessed to support them on a number of occasions, and I’ve witnessed the joy they bring and felt the warmth of some of the best fans I’ve ever met. To now join the group is absolute magic and I cannot wait to stand beside Darren, Mike & Mark in creating some more brilliant nights & continuing to make people smile, sing and dance for many moons to come!”

“We met Jay nine years ago when we all performed on the charity record (Songs To Save A Life) for The Samaritans, and our paths continuously crossed over the years” explains Darren Everest.

“When we thought about a new member joining the band he was the first, and only, name that came to mind. Everything about Jay says ‘Overtone’. He has a classic style and is inspired by the same great artists as we all are. Jay has fitted in seamlessly and we can’t wait to push on and get to work.”