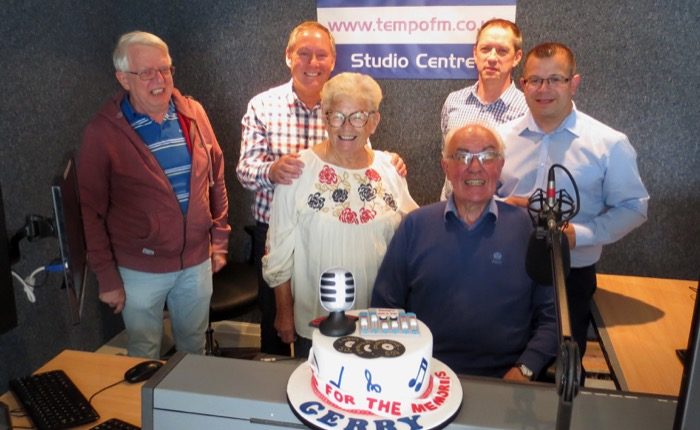 Gerry Raynor retires after 50 years on the radio

Former Radio Aire and BFBS radio presenter Gerry Raynor has retired after being involved with radio for most of his life.

During his time at Radio Aire he presented other shows including the Saturday afternoon Sports programme, the evening show for two years, the early show and even did the Through the Night Show for about a year.

Gerry and his wife live in Tadcaster and he has now decided to put away his 50s records and spend more time with his family.

To mark the special occasion, the Trustees, on behalf of everyone at the radio station, decided to present Gerry with a special cake and card which wished him much success for the future. 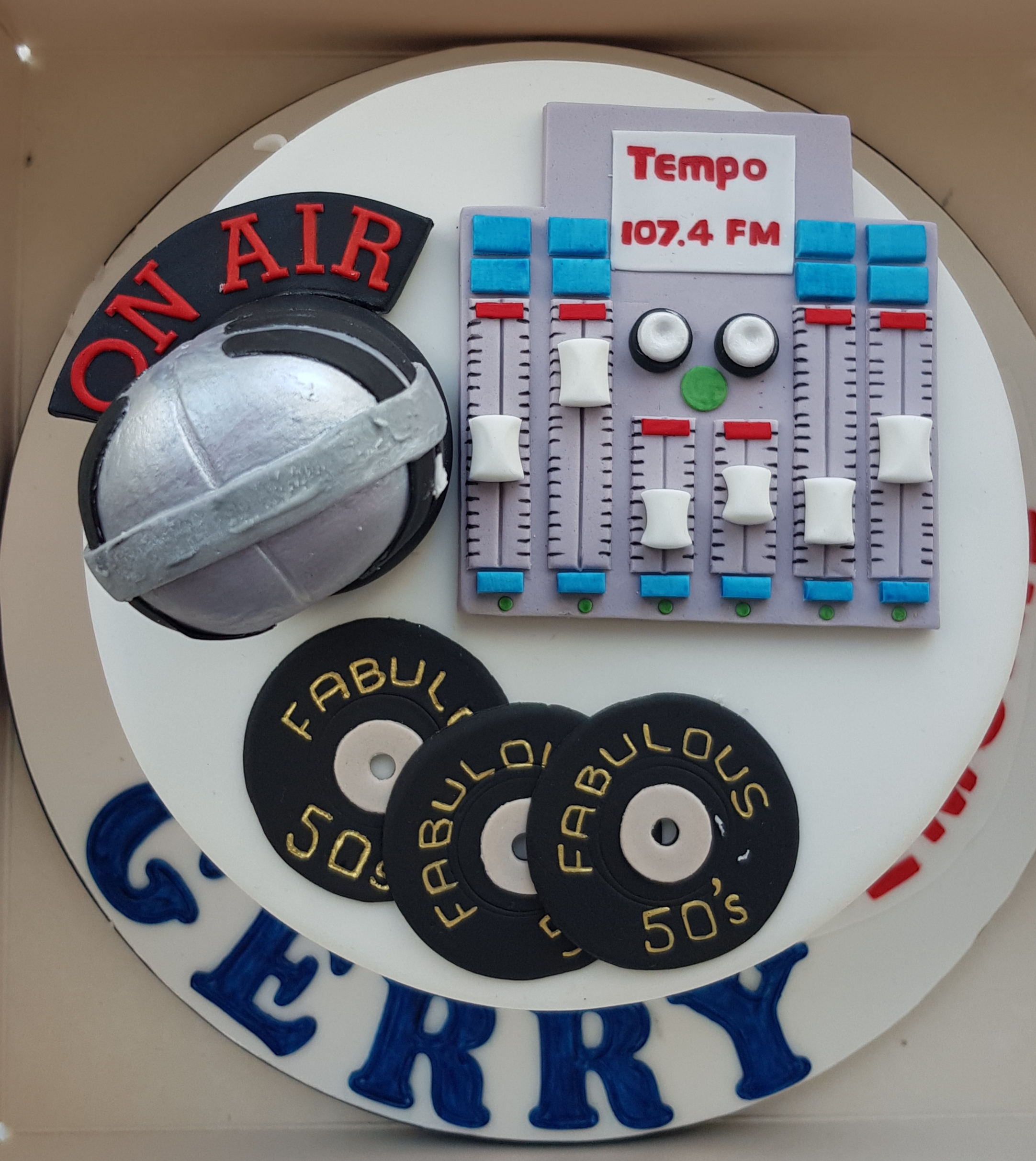 One of Gerry’s avid listeners, Pamela Leaf, who lives in Wetherby, also attended which made Gerry’s day! The cake was made by a local baker and the attention to detail is amazing!

In the photo are Mike Davison, Stuart Robinson and Jon Bee and in the middle it is Pamela Leaf, Gerry Raynor (seated) and Steve France. Alan Everard and Eric Ovenden also attended.