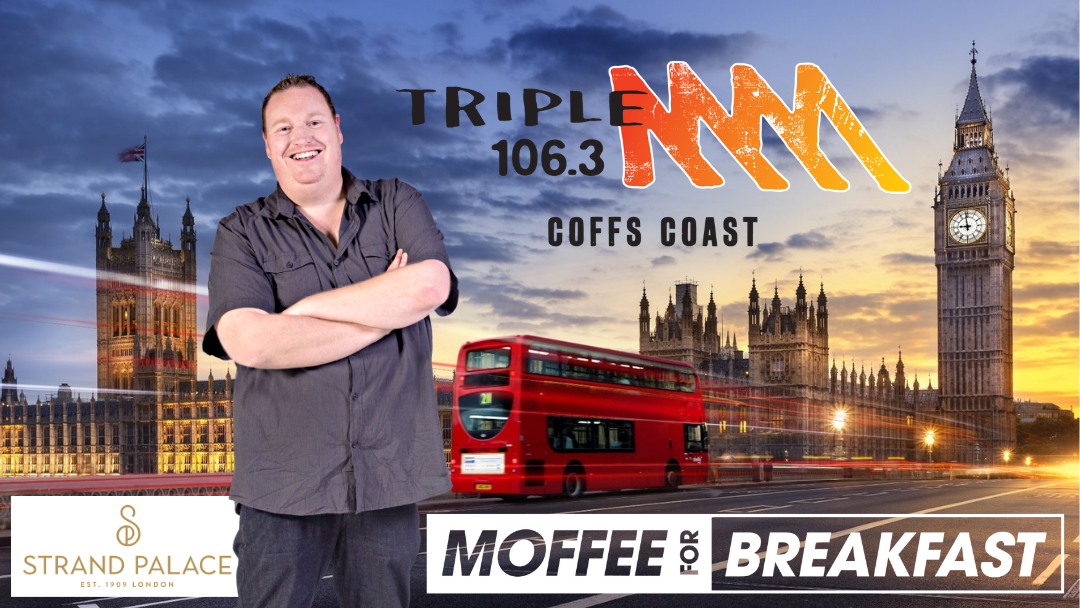 Triple M in Coffs Coast Australia is heading to London for a special week of broadcasting.

Breakfast host Michael ‘Moffee’ Moffett will be presenting the show from London from September the 9th.

Moffee says he will be highlighting the amazing stories and magic from one of the world’s busiest cities, sharing it all from the Strand Palace Hotel in the heart of the city.

While making the announcement to his listeners on the New South Wales Coffs Coast on Friday morning, Moffee said this is “a dream come true, with technology allowing me to do this from the other side of the world, and to be able to share the magic of London while still being across everything local back home is exciting”.

The presenter will be on the streets of London daily to record content for the programme, before broadcasting from live from 9pm until midnight each night, Sunday to Thursday.

“The support from the Strand Palace Hotel has been incredible, and to be in a location that like the city, has so much history, I really can’t wait!”, Moffee said.

In 2018, Moffee was awarded the ‘Best Entertainment Presenter’ at the Australian Commercial Radio Awards.

Need a new or improved logo for your radio station? Visit OhMy.Graphics and see how awesome you can look.
Posted on Monday, August 26th, 2019 at 9:12 pm by RadioToday UK