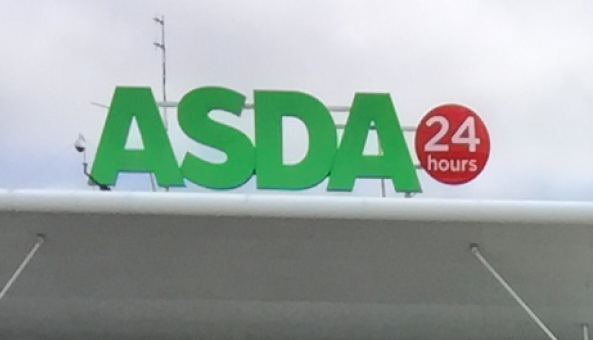 ASDA has changed the supplier of its in-store radio stations from KVH Studios to Mood Media.

The station has, as a result, rebranded to Asda Radio and hired new on-air staff including Virgin Radio’s Amy Voce and Magic’s Nick Snaith.

There will also be an overnight slot hosted by Capital Liverpool’s Drivetime Show presenter Graeme Smith, aimed at keeping colleagues entertained throughout the night. Mood Media says colleague engagement and input will play a key part in the new station, with Friday takeovers by a different branch each week, including requests, shout-outs and ‘rollback’ hours.

“We are so excited to be working with one of the UK’s biggest and most innovative supermarket brands, across so many locations and reaching huge numbers of consumers,” said Paul Hillyer, Head of Creative UK at Mood Media.

“Getting so many stores ready for launch since the start of January was initially a daunting task, but one that the team relished. Hopefully Asda customers and colleagues are already noticing the difference and are enjoying the in-store experience more.”

Research shows having a certain type of music played in a supermarket can help with sales. Slow and calming music makes people spend more time browsing and subsequently spend more money. Music is used by many different industries to alter the state of a person’s mind on purpose.

In a romantic restaurant, you’ll find the music soft and low-key. Your mood will probably alter to relaxed and romantic.

Nightclubs use fast, pulsating music to get their customers in a happy and in the mood to dance.

Casinos in the UK understand very well how the sounds in the slots can make or break your experience. A slot machine will have the sound of jingling coins and toe-tapping music to attract players. When you win at the slot machine, your payouts are heralded with celebratory sounds.

ASDA Radio, which launched in earlier this year, can be heard across more than 600 stores nationwide and plays two pre-recorded shows daily, from 10:00–14:00 and 15:00–18:00. The morning show is presented by Nick Snaith, with Amy Voce taking over for the later slot.

“As someone who has spent years working on breakfast shows in commercial radio, it’s going to be a delight hosting a show at a sensible hour, and even better, when it’s for one of my favourite UK brands and friendliest supermarkets,” says Amy Voce, host of the afternoon slot. “I’m loving the variety of songs we’re playing and hearing from the staff and customers, so hope they love it too.”

“The clever use of targeted playlists, colleague shout outs and inspiration and meal ideas coming from well-known DJs mean we have really enhanced the in-store experience.”

Need a new or improved logo for your radio station? Visit OhMy.Graphics and see how awesome you can look.
Posted on Sunday, September 1st, 2019 at 12:00 pm by Roy Martin

Magic Radio to broadcast live from a plane