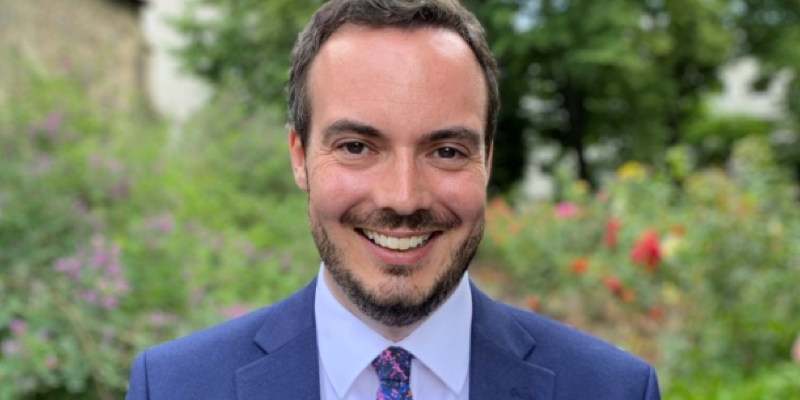 Until the election was called, the 34-year old was a special advisor to Foreign Secretary Dominic Raab, a job he took this summer which then prevented him hosting programmes on Radio Exe, where he’d been an occasional freelance presenter.

Mr Jupp has also been a reporter for ITV and BBC radio, and a full-time presenter on the commercial radio station in his home city, Radio Plymouth.

Wishing him luck on Twitter, outgoing MP Sir Hugo Swire said that he’s delighted with the choice: “Mr Jupp is a Devon man who has been at the heart of national politics already and is well qualified to represent the interests of my former constituents.”

Delighted that @simonjamesjupp has been selected as the Conservative PPC for East Devon….a Devon man who has been at the heart of national politics already and is well qualified to represent the interests of my former constituents. Good luck #election2019

Absolutely thrilled to be selected as the Conservative Parliamentary candidate for East Devon. I’ve been out on the doorsteps across the constituency in recent weeks and earlier today and people want to #GetBrexitDone, support the NHS, cut crime and improve our schools. pic.twitter.com/Kt04Ab4pLu