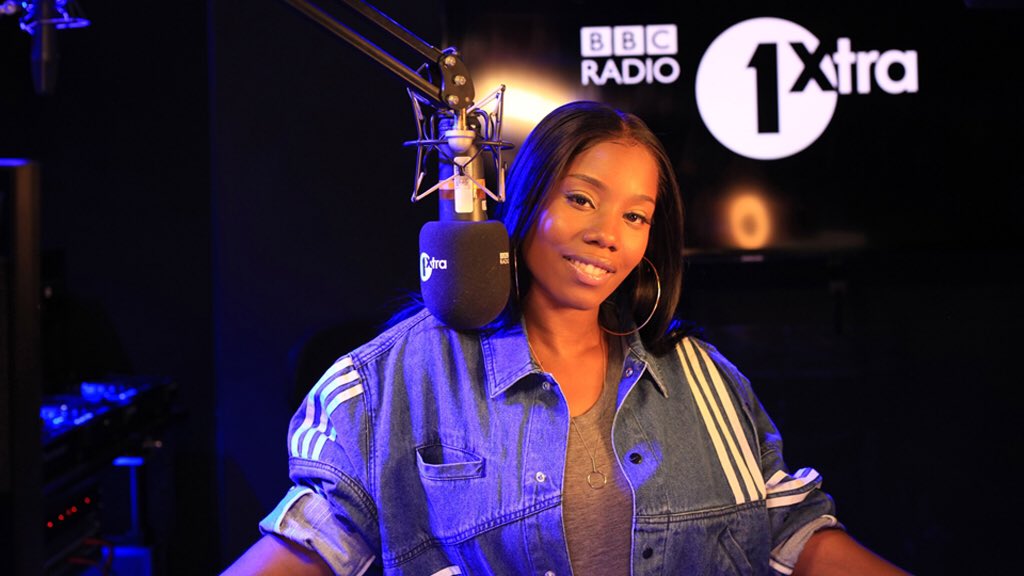 Nadia Jae is the new permanent host of the BBC Radio 1Xtra breakfast show after covering the programme since Dotty left in July.

Nadia first joined 1Xtra in 2018 as part of 1Xtra’s Residency and has since risen up the ranks, from presenting 1Xtra’s Weekend Breakfast show, to temporarily hosting weekday mornings on the station since August.

Nadia Jae says: “After four months of covering I have fallen in love with The 1Xtra Breakfast Show, and I’m proud to officially call it mine!

“The show is the spearhead of the station and I can’t thank management, production, my fellow presenters and the listeners enough for making me feel at home.

“It’s an honour to be the second single female host of the show. Here’s to more wheel ups, funny clips, mixes, banter and banging music to get us through the morning!”

New Head of Station Faron McKenzie has also announced some changes to the weekend schedule.

Remi Bugz says: “This really is a dream come true, this is for everyone who believed in me when I quit my job in 2017 and decided to follow my heart. I’m so grateful to Faron, Janine & the rest of the team for believing in me. I can’t wait to create memories and moments with the BBC Radio 1Xtra listeners! Ding – A – Ling – A – Ling, set your alarms.”

Alongside Remi’s addition to the weekend schedule, Lady Leshurr will be joining the station to present the Saturday afternoon slot (1-4pm). Lady Leshurr, who hails from Birmingham, is well known for her Queen’s Speech series in 2015 which racked up 200 million views on YouTube and went viral internationally. She has also most recently starred in Celebrity MasterChef.

Lady says: “So exciting to be a part of something that has been connected to my journey from almost the beginning! 1Xtra has always supported and showed love throughout my career, and we’ve now finally met in full circle.

“Can’t wait to join 1Xtra and annoy people over the airwaves with my high pitched voice!”

In further changes to the station, Sian Anderson will be taking over the Monday (9-11pm) show. Sian joined 1Xtra in 2015 presenting her weekly show on Wednesday nights (10pm-1am) and hosts Drivetime on the network with her current Friday and Saturday shows (4-7pm). As well as this, she has also played at some of the biggest festivals in the world including Glastonbury and has presented several BBC documentaries including Beyond The Music: Grime Photography.

Sian says: “I started my journey on BBC Radio 1Xtra as a specialist DJ and I’m really excited to get back into that zone in addition to holding down the 1Xtra Drivetime shows on Fridays and Saturdays that I moved too in recent years. I’m looking forward to bringing back all things grime, rap, dance and melodic bass to the 1Xtra listeners on Monday nights.”

Faron McKenzie says: “This is a really exciting time for 1Xtra and I’d like to congratulate Nadia, Remi, Lady Leshurr and Sian. It’s important that we increase female representation across the network and I look forward to hearing the different voices that are coming to the station and I can’t wait to see what each show will bring.”

These raft of changes also include Reece Parkinson who was named as the new Drivetime Host (Monday-Thursday, 4-7pm) in September and Richie Brave as the new host of 1Xtra Talks (Sundays, 9-10pm).

Nadia Jae and Sian Anderson will take over their new slots at the beginning of January and Remi Burgz and Lady Leshurr’s first shows will be on 30th January 2021.