Radio Caroline pirate Robbie Dale dies at the age of 81 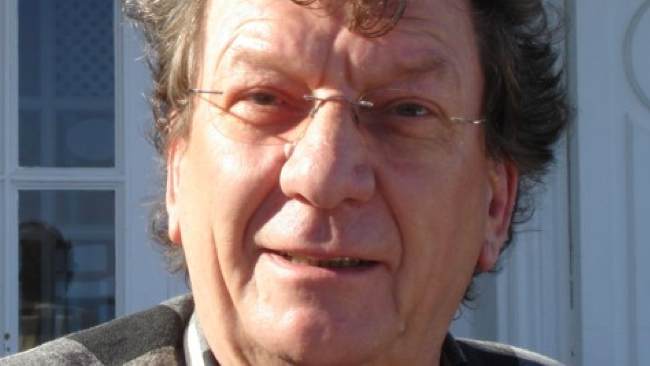 Radio legend Robbie Dale has died at the age of 81 at his home in Lanzarote after living with dementia.

Family, Friends, colleagues and fans have been paying tribute since his wife Stella shared the sad news online today.

Stella Robinson wrote: “I have to come to terms with the end of a life well-lived.

“I lost my best friend and husband yesterday, Robbie Robinson, AKA The Admiral “Robbie Dale” he has been my support and rock for 53 years.

“He was 81 and lived a good life and thankfully passed peacefully after battling Dementia.

Robbie was born in Lancashire, England in 1940 and was well known for broadcasting on pirate radio, particularly Radio Caroline where he stayed on-air when the Marine Broadcasting Offences Act came into effect in 1967.

After a break from radio he moved to Ireland to set up and run the longest-running super pirate of the 80s, Sunshine 101, making many life-long friends and fans along the way.

Fellow radio pirate and friend Roger Twiggy Day paid tribute. He said: “Just heard that my old shipmate The Admiral Robbie Dale has died. He with Johnnie Walker was one of the three amigos. That’s four friends in the last few weeks.. bad times.”

Nails Mahoney paid tribute on his blog, saying: “I can still remember being in my mother’s house when she said “Phone call for you”. I picked up the receiver, said “Hello” and heard the unmistakable deep tones familiar to me from my radio listening say “Hello. This is Robbie Robinson here”.

He goes on to say: “Thanks for the break, Robbie. I’ll never forget it. Maybe you and Bill Cunningham can re-format heaven a little bit and cause some chaos up there! Thoughts to Stella and Elliott.

Enda Caldwell wrote: “In memory of The Admiral Robbie Dale aka “The Generous Mr. Robinson Cu-Cu-Ca-Choo” of Caroline, TROS, Hilversum 3 and Sunshine 101 fame.

“The interview in 2016 for RadioToday shall now serve as a tribute to a gentleman, legend and friend who taught me a lot. There were just two men who stayed onboard The Mi Amigo to keep Caroline on the air on August 14th 1967 defying the “Marine Offences Act” and creating Rock n’Roll and Broadcasting history in the process Robbie Robinson and Johnnie Walker.

“Later in the 80s we were inspired by the Red Hot Sound of Sunshine 101 which became the #1 Station in Dublin until its untimely demise on 30th of December 1988.

“In 2008 when Chris Cary had passed away I received an email from Robbie expressing his sadness at the loss of another friend from the broadcasting industry. It signed off with “we must now focus on our own mortality.

“Fair, balanced and wise as a judge or barrister would be how I would describe his personality. Incredibly inventive you would have been impressed to see the DIY toolshed and projects he had undertaken at his villa. Generous to a huge degree and a great character with all the eloquence of a poet.

“My personal condolences and deepest sympathy and thoughts to Stella Robinson, Elliot, Manon and all Robbie’s grandchildren, family and friends. To those who directly or indirectly got their “big break” in radio thanks to Robbie or indeed one of his great team we thank you sincerely.

“There won’t be another like Robbie.. may he rest in peace.”

“We have just heard the sad news of Robbie’s passing and would like to send our condolences to Stella and all of the family.

“We had the pleasure of showing Robbie in our studio here in 2016, he was very impressed with how it had kept the original layout despite being modernised from how he originally remembered it in the 1980s.”

Sad to learn of the death of another Radio Caroline stalwart 'The Admiral' Robbie Dale. He was the Senior DJ on Caroline South and I'm told kept morale high after the law changed in 1967 and the station went illegal. He ran the office in Amsterdam – and Sunshine Radio in Ireland.

I’m really saddened to hear of the passing of a true radio legend ‘Admiral’ Robbie Dale This man transformed Irish Radio in the 80s with Sunshine Radio. As I said in a recent podcast If there was one person in radio I would have wanted to work for and learn from it was Robbie pic.twitter.com/rN8btpGZCY

We are deeply saddened to learn of the passing of Robbie Robinson, who was the mastermind behind one of Ireland's greatest radio stations – Sunshine Radio.
Rest in peace and thank you for leaving us with so many wonderful memories.
(Photo of Robbie is thanks to Richie Wild) pic.twitter.com/HxiuzZRRvP

We're saddened to learn of the passing of Robbie Robinson (aka Robbie Dale on-air), who was the mastermind behind one of Ireland's greatest radio stations – Sunshine Radio.
Rest in peace and thank you for leaving us with so many wonderful memories.
(Photo c/o Richie Wild) pic.twitter.com/Mv5bfHgny1

Another pirate legend leaves us. More than 20 million of us listened on August 14, 1967 as Robbie Dale defied the law alongside @piratejw aboard Radio Caroline South after the passing of the Marine Offences Act. All You Need Is Love. We Shall Overcome. RIP The Admiral pic.twitter.com/25n5CZjPzY

The Emperor of Radio Caroline.

Another legend Robbie Robinson founder of Sunshine Radio in 1980 has passed, Robbie Dale to his @MVRossRevenge family. He was ignored by the Irish broadcasting establishment, shafted by the Irish Government and a legacy that will be hard to emulate. #RIPRobbieRobinson