The biggest and best podcasts and radio shows about gaming 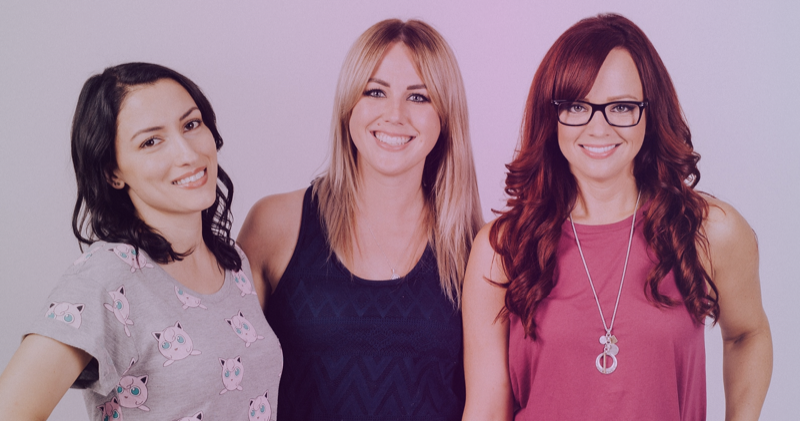 The popularity of gaming has grown significantly over the last few years, thanks to better technology and greater accessibility for all.

Smartphone growth in particular has resulted in millions more people having access to thousands of games, and all at the touch of a button.

Smartphones have broken down demographic and geographic barriers, allowing people of all ages to game whenever and wherever they are. The resulting boom in gaming has also led to a growth in radio shows about gaming.

Thanks to internet radio and podcasts, there are thousands of shows out there talking games, and all are available via a smartphone. Here’s our list of the best gaming radio shows currently available.

Number of Episodes: Over 700

Halo Infinite vs Battlefield 2042 vs Call of Duty: Vanguard?

The Video Game Outsiders (VGO) are one of the longest-running podcasts of all time. Hosts John “John’s Arcade” Jacobson, and Michelle Madison, hilariously explore all things gaming from console to PC and beyond.

Each host talks about the games they’ve been playing that week, plus a recap of the previous week’s gaming news. Filled with rants, laughter, plus weird special guests, VGO is home to a unique community of loyal fans.

The Gunk Interview with Fiona Nova

Hosted by Danny Peña, Peter Toledo and Parris Lilly, Gamertag Radio (GTR) was created with the intention of uniting all gamers. Released twice weekly, the show is filled with news, reviews, exclusive interviews and discussions about the gaming industry. GTR has grown from a small website to one of the largest and most respected gaming sites there is. If you’re after just one podcast to keep you abreast of everything going on in the gaming world, this is it.

Schedule: Once a month on average

Number of Episodes: Over 100

Living it up with $200 and Exploring Video Poker Variations

The Mysterious Life of an Aspiring Card Counter

This podcast is for gamers who like playing at a land-based or online casino. Cousin Vito provides listeners with helpful tips and tricks to improve their skills and enjoyment.

There are great stories and advice from some of the best players around, industry experts, casino staff and fellow listeners. Whether you like poker, blackjack, roulette or just playing with friends at home, this is a great guide for first-timers or seasoned pros.

Number of Episodes: Over 270

The hosts of What’s Good Games (WGG), Brittney Brombacher, Kristine Steimer, and Andrea Rene have been friends for years. They joined forces to create a channel that focuses on positive, fun and inclusive video games coverage.

This comforting, informal show, brings a much-needed female perspective to the gaming world. The three hosts are also active on social media, allowing listeners to connect and feel part of the show.

In short, this is a gaming show for everyone, from hardcore gamers to newbies taking their first steps. With excellent analysis, chat and interviews, WGG is a great place to spend time.

Schedule: Every weekday, 11am PT

Number of Episodes: Over 400

The Last of Us Battle Royale Dreams

If you like inane and often insane chats about gaming and other random topics then this is the show for you. Miller is an industry entertainment superstar and his knowledge, experience and humour is the star of the show.

There are lots of special guests providing unique and interesting perspectives, and all episodes are available to watch via video if you prefer.

As it says on their website: “Kinda Funny is all about fusing its love of gaming and nerd culture with those steadfast forms of Internet entertainment. We hope you enjoy the ride.”

Number of Episodes: Over 800

Starting in 2008, Giant Bombcast (GB) is one of the longest running and most popular gaming shows out there. Its founding aim was to provide a voice for gamers and not focus on the industry itself, as was common at the time.

The show is hosted by Jeff Gerstmann, Dan Ryckert, Drew Scanlon and Brad Shoemaker. While the podcast is a whopping 3 hours long, the host’s eccentricity and silliness mean time in their company flies by.

In reality, this show is about video games, but don’t be surprised if discussions veer wildly off-topic and end up about food. Wherever the discussion ultimately ends up, you will have been entertained.