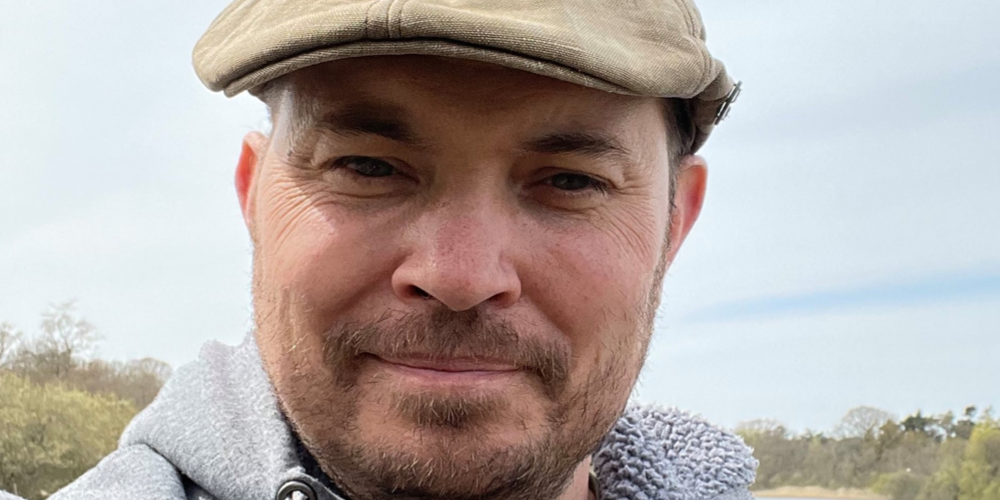 Stuart, who was diagnosed with a brain tumour in January 2019, also previously ran Choice FM and Capital Xtra, and was managing editor at Heart Sussex and Surrey.

He will be taking part in the Brain Tumour Research charity’s 10,000 Steps a Day in February Challenge, for which he is hoping to raise a minimum £2,740 to sponsor a day of research at one of its four Centres of Excellence.

He underwent hearing tests after suffering a slight loss of hearing in his left ear, which he had attributed to his work as a DJ, and it was only when an MRI was carried out that his grade 2 oligodendroglioma was discovered.

Stuart, who now runs a number of businesses including The Digital Authors Toolkit which provides social media training and website design, underwent a craniotomy in May 2019 followed by six weeks of radiotherapy and three months of chemotherapy.

His treatment was put on hold after he developed neutropenia, a condition characterised by abnormally low levels of white blood cells, but his tumour is now stable and being monitored with quarterly MRI scans.

He said: “I’ve avoided googling my condition because I don’t want to know too much about it. It is what it is and people will do what they can to try to help me. I’ve been having regular MRIs, all of which have been stable, and I’ve been told it should stay stable for longer rather than shorter, which is good to know.”

He added: “I now suffer from fatigue and I still have aches and pains around my scar but if that’s the worst I have to deal with then ‘bring it on’ because I feel blessed in many ways to have caught this when I did.”

Now Stuart is looking ahead to the challenge he is undertaking for Brain Tumour Research, which his wife Emma did for the first time last year.

He said: “I’ve been thinking about the 10,000 Steps Challenge for the last couple of weeks and, because I’ve got a sedentary lifestyle of sitting down doing work, I’m only doing between 4,000 and 4,500 steps a day, so I’ve got to find an extra 6,000 steps, which is quite a lot. I’m looking forward to it but I know I’ve been really lazy because I had a whole year isolating at home during my treatment before COVID-19 struck, so I’m also a bit apprehensive.”

“I’m keen to do a whole fitness reset, though, so I’m going to sign up to the gym, walk further with the dog, go out at lunchtime, walk around the lounge and I might even try getting my three-year-old daughter Delilah out with me for a stroll around the block because I think she’ll enjoy helping Daddy do his steps.”

He added: “My hope is to raise money that will fund more effective treatments for brain tumour patients in the future. The fact that brain tumours only get 1% of the national spend on cancer research is appalling, especially seeing as they’re the biggest cancer killer of children and adults under the age of 40. It’s counterintuitive and makes no sense at all, which is why I want to help. Brain Tumour Research does great work and I feel it’s a great charity to be involved with.”