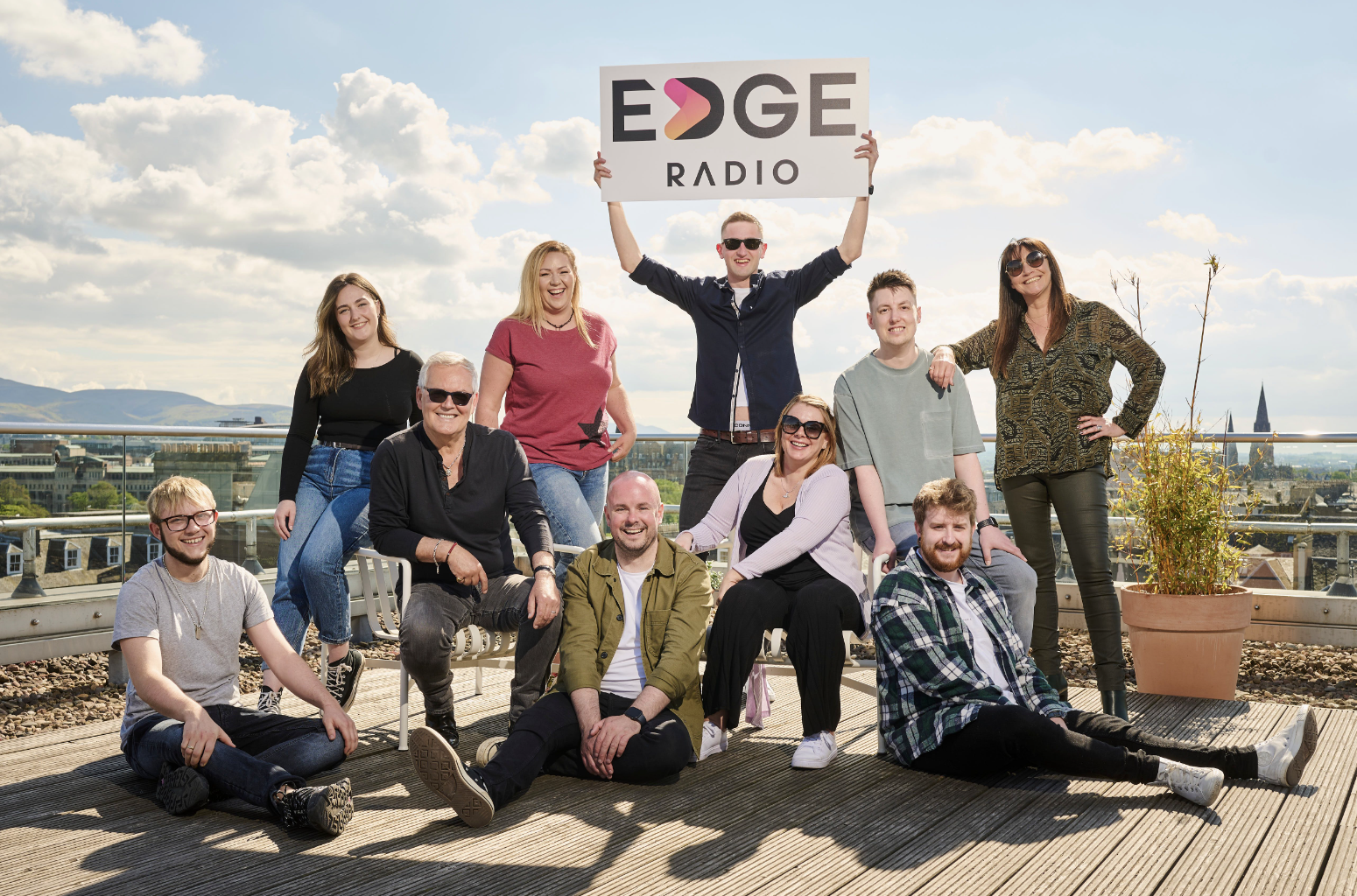 Edge Radio has been operating online for over a year and was purchased by Jay in October last year.

Jay has used his experience as the former programme director at Real, Smooth and Rock Radio to bring in a team of presenters together including Mark Martin who worked at Real Radio and Forth One, Jill McLaren who used to co-present the Breakfast Show on Forth One and Brad Yule who worked on Capital Radio.

Edge Radio says it is committed to spending a lot of time on training and development.

Jay, who was one of the original DJs on Radio Forth when it first launched in 1975, said: “I’ve been very lucky to have had a long and successful career and I’m just delighted to be able to share my experience and knowledge with our young up and coming presenters and producers.

“When I was presented with a Fellowship of the Radio Academy in 2008, I said at the time it was the highlight of my career but launching Edge Radio may just eclipse that in 2022.”

Mark Martin praised Jay’s contribution to the up-and-coming station: “Jay’s experience has proved invaluable in getting Edge to this point. We’ve got off to a flying start and hope everyone sees the huge potential in the station. We can’t wait to keep building on what we have created.”

Need a new or improved logo for your radio station? Visit OhMy.Graphics and see how awesome you can look.
Posted on Tuesday, July 12th, 2022 at 9:56 pm by RadioToday UK