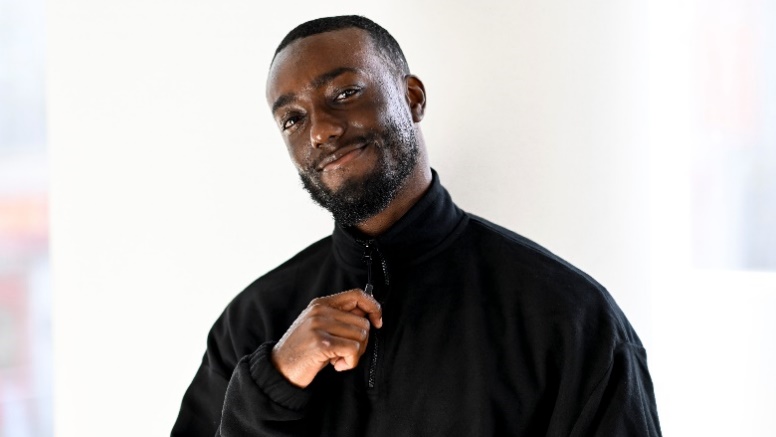 Rakeem Omar is taking over the Breakfast Show on BBC Radio WM.

He’ll start in the 6am till 10am slow on Tuesday 9th August, replacing Elise Evans has been hosting the show for the last year.

Rakeem, who was born in Birmingham, joined BBC Radio WM three years ago and has fronted a host of shows across the schedule. He currently presents the Tuesday evening show at the station.

Rakeem is a also a documentary film maker, and has made a number of films for the BBC and with other broadcasters.

Rakeem Omar says “I can’t believe this is happening. I started on BBC Radio WM as a guest on the evening shows so to be taking over the breakfast show is so surreal.

“I feel blessed for to be able to wake the people of the West Midlands up. I’m ready to take on this amazing opportunity and start this new radio journey. Let’s go!”

Patrick Hart, Executive Editor at BBC Radio WM, says: “We’re really excited to have secured Rakeem’s services for our new breakfast show, his vibrant style and delivery is just what we need as we seek to bring an even bigger audience to BBC Radio WM. We’ll bring the stories that matter in a new exciting format across the West Midlands.”

The new Breakfast Show with Rakeem will launch once the Commonwealth Games have concluded on Tuesday 9 August.

From 26 July – 8 August, the BBC Radio WM Breakfast show will be presented by John Fox and will be specially rebranded as ‘BBC Radio WM Commonwealth Games Breakfast’ to reflect the huge amount of coverage from the games in Birmingham.

Pat concludes: “It is a very exciting time to be in the Birmingham and the West Midlands right now and we’re thrilled to be able to reflect this buzz on our breakfast programming throughout the games.

“Rakeem is ready to take hold of the baton on Tuesday 9 August, and continue celebrating our wonderful region live on air.”

A BBC spokesperson added: “We would like to thank Elise Evans for entertaining listeners on the Breakfast show on BBC Radio WM. She has been a huge part of the WM family and will remain so.”

A bit of radio news from me 🚨📻💔 pic.twitter.com/h9w52CgLKG

Need a new or improved logo for your radio station? Visit OhMy.Graphics and see how awesome you can look.
Posted on Tuesday, July 12th, 2022 at 1:51 pm by RadioToday UK