Tim Blackmore thanks radio for the music over 70 years 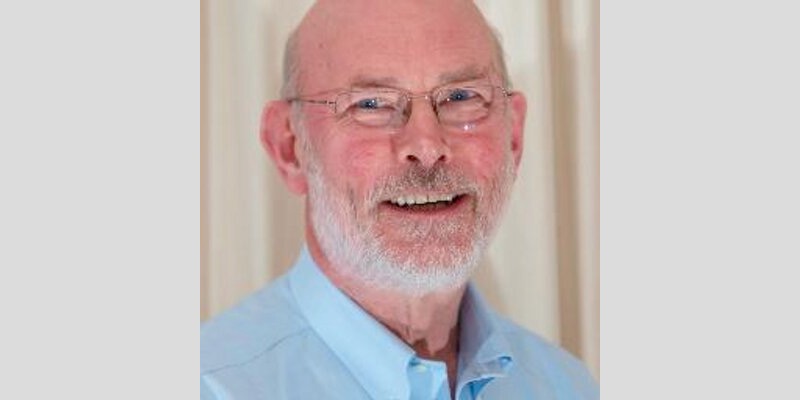 I write to say thank you for all that radio’s given me over these last 70 or so years.

I first came across you in 1955, I’d always listen to ‘Children’s Choice’ on the old BBC Light programme –I assumed it was all we had, and it entertained me each Saturday morning, my favourite tracks were ‘The Dam Busters March’ from the eponymous movie – only we called them films in those days, and ‘Davy Crockett – King of the Wild Frontier’ from the tv series.

The show was introduced by Uncle Mac – Derek McCulluch, but then I gradually became aware of something called ‘Rock n Roll’. I was taken to see ‘Rock Around the Clock’ with Bill Haley & his Comets and a stunning harmony group called The Platters. My Mum told me about a radio station called Radio Luxembourg that she’d listened to before the war – she’d belonged to a radio club called The Ovaltineys and suggested we see if it was still broadcasting – it was and I was hooked.

Luxembourg broadcast on 208 metres on what was defined as the medium wave band, the problem was that the signal came and went, ensuring that I rarely heard any track in its entirety. In fact lots of the tracks were edited so that each 15 or 30 minute segment could contain the maximum number of separate songs. These short programmes were each paid for a by different record company in order to showcase their new releases. Sometimes the companies played a track from one of their competitors – The biggest star of the day was
Cliff Richard so that a Decca show might well include one of his tracks on EMI.

The BBC at this point was nervous about the new music so very little was included even in ‘Children’s Choice’, so in the evenings Luxembourg had a field day making hay with a rapidly growing young audience of kids like me. By 1957 I’d worked out that the best tracks were usually made by US companies that often were licensed for UK release on Decca’s London American label – that had its own show fronted by a DJ whose voice I loved -Tony Hall whose sign off was “That’s it that’s all, yours sincerely Tony Hall’ – later I got to know him well and to understand what a giant of musical knowledge he was in the British music business. I listened to Luxy almost every evening sitting with my parents’ radio at the top of the stairs (as far as the mains cable would reach) so as not to disturb their tv watching downstairs.

By 1960 I was listening on Saturday nights to “Pick of the Pops’ introduced by the hugely popular David Jacobs, and then with what was seen as a giant gamble in 1962, it was switched to its long running Sunday afternoon slot with the great Alan Freeman. If you’d told me then that one day I would write for and produce Alan, become his friend and manager I’d never have believed you, but that’s one of the many things that radio has done for me.

By the Autumn of 1962 I had joined the BBC, training as a Technical Operator becoming a Studio Manager/ Anouncer and then in 1967 being one of the four young people recruited by the Gramophone Department as they geared up to deliver the brand-new station Radio One. It was so exciting and there were no BBC instruction books because only the pirate stations had ever provided all day music programming and I’d loved their output.

When I produced Tony Blackburn’s R1 Breakfast Show we used lots of the pirate techniques, I was 23 and Tony was 24. Discovering the pirate stations especially Big L had been as exciting for me as had been that of Luxembourg. I was being drawn ever closer into the secrets of making radio that connects, radio that moves, and radio that can make you a part of the community of listening, of your geographical community or link you into the even wider world beyond. Most of all it was radio that could capture your imagination.

After helping to launch Radio One, I was invited to move to the UK’s first land based Commercial music station, Capital in London, where I thrilled to the energy of a station where our youthful enthusiasm knew no bounds. After that I was elected to the start-up Council of the nascent Radio Academy as well as to the founding committee of the Sony Awards – radio was giving me a role in so many of the industry’s landmark moments and I loved being given the responsibility.

Having created and chaired the Annual Music Radio conference from 1985, in 1989 I was appointed as the Academy’s first Director – what a thrill and how marvellous it was to travel the length and breadth of the country meeting so many great radio folk everywhere.

Finally, I realised that indie production – as promoted by Channel 4 might also work for radio and together with my business partner Simon Cole we launched Unique Broadcasting, a company that for thirty years was the largest independent provider of independently made radio programmes for all six of the BBC’s Networks as well as the commercial sector. Radio has given so very generously and in return I have tried to give something back.

Thank you for it all, it has been a very real privilege.

Need a new or improved logo for your radio station? Visit OhMy.Graphics and see how awesome you can look.
Posted on Friday, July 8th, 2022 at 4:04 pm by RadioToday UK

New categories for the Sonys

And the (Sony) nominees are…

How to win a Sony Radio Award

BBC is toast of Sony Awards