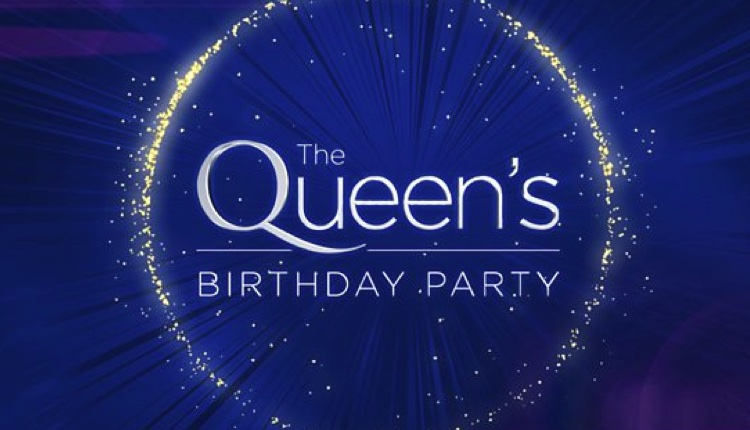 The Queen’s 92nd Birthday party on Saturday evening will be broadcast live on BBC Radio 2 and BBC One.

Speaking ahead of the concert, Zoe Ball says: “I’m ridiculously excited to be presenting what must surely be the best birthday party ever! Tune in live to BBC One or Radio 2 for performances from a stellar lineup, with a fantastic mix of songs we’re loving now, songs from classic musicals and swing favourites – there’s absolutely something for everyone. I can’t wait! We’ll make sure Her Majesty has a fantastic 92nd birthday and enjoys this ultimate celebration of music in her honour.”

The concert will be attended by The Queen and many members of the Royal Family. It will take place at the end of the week in which The Queen will be hosting the Commonwealth Heads of Government Meeting in the UK. This will be reflected and celebrated on the night, with some performances from artists from across the Commonwealth, and music from across the decades of Her Majesty’s reign.

The George Formby Society will capture the sound of the 1930s with a ukulele ensemble number; from the 1940s there will be musical numbers from Oklahoma!; superstar tenor Alfie Boe will celebrate the sound of Benny Goodman and the Swing era of 1950s and Sir Tom Jones will sing hits from the 1960s. As well as their new collaboration, Sting & Shaggy will sing songs from the 1970s and 80s and South African vocal group Ladysmith Black Mambazo performing tracks from the 1990s. Craig David will present a medley of hits from the noughties to present day, and Anne Marie and Shawn Mendes will each bring things right up to date with their hits Ciao Adios and In My Blood.

Many of the performers on the night will be accompanied by the BBC Concert Orchestra, conducted by Musical Director Steve Sidwell.

Highlights of the concert will be broadcast on BBC World Service English, giving listeners around the world the chance to hear the celebrations.

Need a new or improved logo for your radio station? Visit OhMy.Graphics and see how awesome you can look.
Posted on Thursday, April 19th, 2018 at 9:53 pm by RadioToday UK