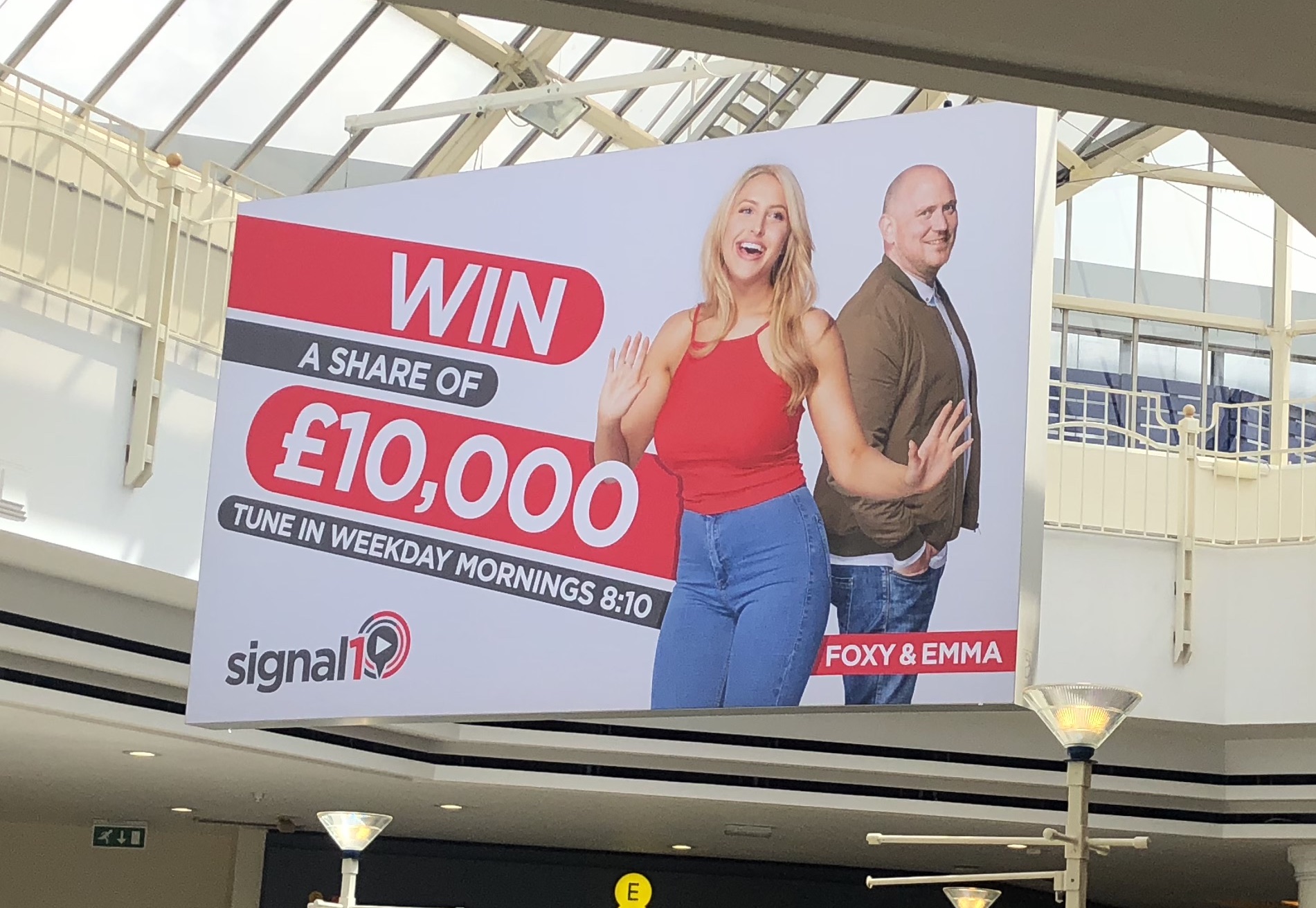 Wireless Group station Signal 1 has announced a massive promotional marketing campaign as it gives away a £10,000 prize fund.

The News UK-owned station – the biggest in its local radio portfolio – says it will be advertising on bus shelters and buses, in cinemas, on social media, via The Sun newspaper’s website and with a direct mail shot to 340,000 homes.

In the last quarter, Signal 1 had added reach, hours and share though, with the recently-launched breakfast show adding 21,000 listeners in the first three months of 2018.

Commenting on the brand awareness campaign, Group Programme Director for Wireless Group’s Local Stations, Terry Underhill told RadioToday: “This extensive marketing campaign has been planned for some months. We launched our new breakfast show with Foxy & Emma during Q3 2017 and now is the right time to remind people know just how good Signal 1 is. People will be seeing Signal 1 just about everywhere for the next month.”

Need a new or improved logo for your radio station? Visit OhMy.Graphics and see how awesome you can look.
Posted on Tuesday, June 5th, 2018 at 11:29 am by RadioToday UK