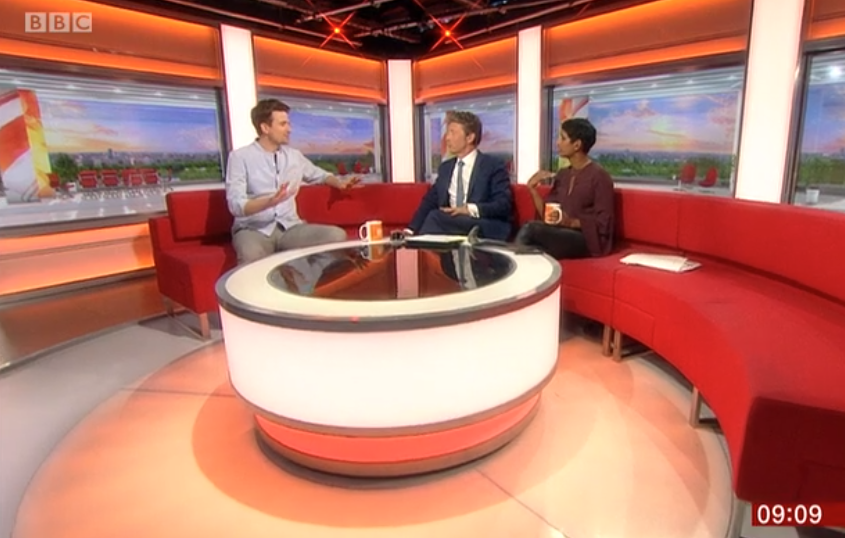 Greg James will start the BBC Radio 1 Breakfast Show earlier than expected, he has announced on BBC Breakfast TV.

He was a guest on the show today, Friday morning, to announce the new programme will start on Monday 20th August rather than the previously expected date of September 3rd.

Greg said he’s wanted to do the show since he started in radio, doing hospital radio at the age of 14, and can’t believe how much he is looking forward to getting started.

Asked if he knew what his first words will be on the programme, he replied that he has 10 days to work out the finer detail.

Need a new or improved logo for your radio station? Visit OhMy.Graphics and see how awesome you can look.
Posted on Friday, August 10th, 2018 at 9:58 am by RadioToday UK