Iain Lee and Katherine Boyle confirmed for Next Radio 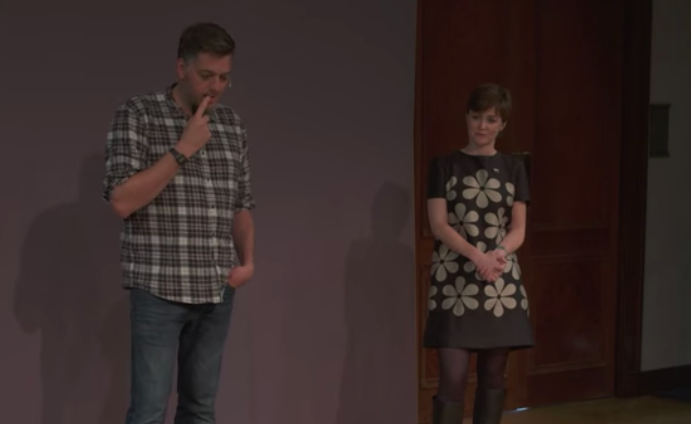 talkRADIO’s Iain Lee and Katherine Boyle have been confirmed as speakers at this year’s Next Radio conference.

Katherine and her presenter Iain first appeared at the event in 2015, when they were working together in local radio. Now they are heard nationally each weeknight via talkRADIO and will have lots more to talk about, including, no doubt, Iain’s stint in the jungle and recent stunts.

Iain and Katherine were scheduled to appear in 2016 but their slot was cancelled.

Other speakers include Hanne Kautto from Finland’s youth station YLEX, and Ollie Wards from Australia’s youth station triple j, who will both bring fresh new ideas from their part of the world; Valerie Geller from the US reminds us how to be a powerful communicator, and Wade Kingsley shows better ways of coming up with ideas; while David Lloyd will tell us how the brain hears (and what that means for radio and podcast producers).

Next Radio is taking place on September 17th in London sponsored by Broadcast Bionics.

Iain Lee to enter the I’m A Celebrity jungle

Iain Lee to do Sunday mornings on Virgin Radio

Iain Lee says all other radio shows are bland

Iain Lee and Kathryn Boyle return to Next Radio

Schedule for the new talkRADIO revealed

Iain Lee to return to radio in the new year