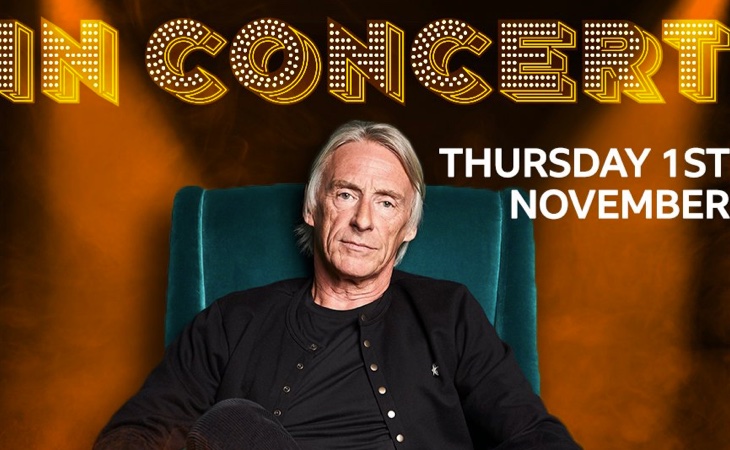 He was there to announce the singer as the first act confirmed for this year’s line-up for the In Concert series. The line-up in full will be announced by Jo Whiley & Simon Mayo between 5-8pm on Radio 2 on Wednesday 19th September.

Paul Weller says: “It’s brilliant to be doing another In Concert for Radio 2. It’s always a great show and will be extra special doing it this time round with an orchestra.”

Taking place at 7:30pm, the series of intimate performances will be broadcast live from the BBC Radio Theatre on BBC Radio 2 as well as in vision via the BBC Red Button, to be produced by BBC Studios. All performances will be available on BBC iPlayer for thirty days after transmission. The concerts with also be broadcast on either BBC Two or BBC Four later in November.

Jeff Smith, Head of Music, BBC Radio 2 and 6 Music, says: “As Radio 2 listeners have loved his music over the last four decades, I’m delighted to announce Paul Weller as the first artist to be confirmed for Radio 2 In Concert 2018. Paul is the voice of a generation who continues to evolve and grow as a musician, songwriter and live performer, attracting whole new audiences as the years go by.”

Radio 2 In Concert is a yearly series of live performances which in previous years has featured artists including Paloma Faith, CHIC featuring Nile Rodgers, Van Morrison, Take That and Kylie Minogue.

The legendary @paulwellerhq is opening up this year's series of #R2InConcert with an intimate show, LIVE from the BBC Radio Theatre this November!

? Register for our free ticket ballot on Wednesday, when we'll be revealing even more acts. pic.twitter.com/R54wpW0cM0

Need a new or improved logo for your radio station? Visit OhMy.Graphics and see how awesome you can look.
Posted on Friday, September 14th, 2018 at 10:40 am by RadioToday UK