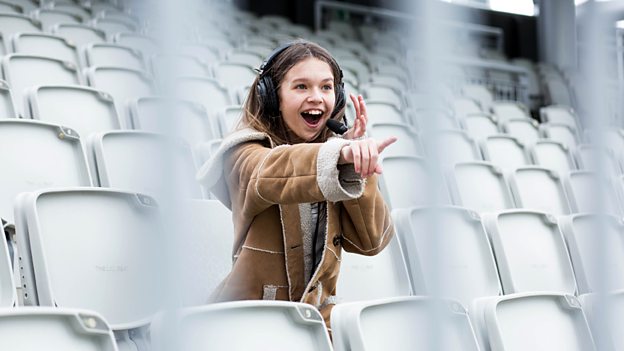 BBC Radio 5 Live’s Young Commentator of the Year competition is back and looking for more microphone stars of the future.

The winner gets to spend the day with BBC Radio 5 Live at a major UK sporting event including either the FA Cup Final, Wimbledon, a Six Nations match or an International Cricket Test.

The finalists will be judged by an expert panel including Vicki Sparks who commentated at her first World Cup for BBC TV and 5 Live this summer, having worked for the BBC for the past four and a half years covering Premier League games and England women’s matches.

Also judging is nine year old Braydon Bent who won a competition at the age of seven to meet Man City striker Sergio Aguero. The video went viral, and since then he has attended some of sport’s biggest events, interviewing BBC Sports Personality of the Year finalists and appearing in countless TV programmes and adverts.

Rounding off the panel is former British sprint champion and Olympian Jeanette Kwakye who is now working as a sports journalist and broadcaster, interviewing athletes moments after their racing triumphs at major athletics meets around the world.

John Murray says: “I have been commentating for over 25 years on a whole range of sports. Mainly football, but I’ve also commentated on cricket, golf, tennis, and loads of Olympic sports too. I wanted to be a commentator because I loved sport but knew I wasn’t going to be good enough to play it professionally. So, I thought I’d talk about it instead! When I’m commentating on 5 live I love the fact that you have to bring alive the passion and energy of the game. This is what I’ll be listening out for when I’m judging.”