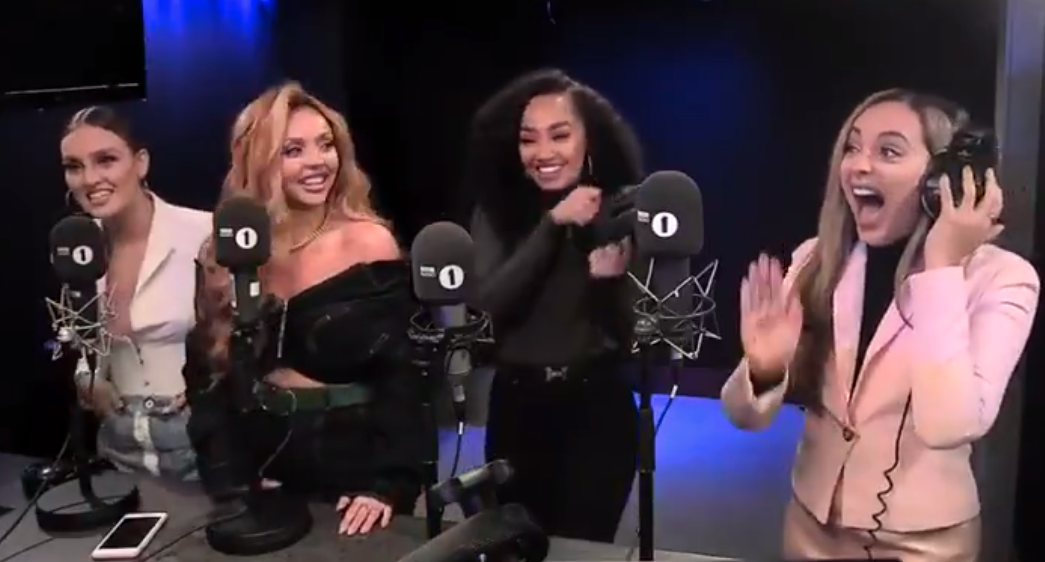 Nick Grimshaw had to cut an interview with Little Mix short on Monday afternoon after the girls let out two swear words within minutes of each other.

Talking about Piers Morgan, one of the girls, Jesy Nelson called him a tw*t which was quickly followed by an apology from Nick for offensive language on the BBC. The group laughed it off before moving the conversation to the topic of constant reports of the band in the papers, to which Little Mix said it pi**ed them off.

Nick then said “Stop swearing Little Mix” and cut the girls off going straight into a song.

In response, Piers Morgan tweeted the girls saying: “If you’re brave enough @LittleMix – come on @GMB tomorrow & say when you’ve just been saying about me on Radio One (sic) to my face. Then we can debate your cynical exploitation of nudity to sell records.”

Piers also repeated the first swear word on Good Morning Britain on Tuesday, demanding an apology for being called a tw*t on national radio.

If you're brave enough @LittleMix – come on @GMB tomorrow & say when you've just been saying about me on Radio One to my face. Then we can debate your cynical exploitation of nudity to sell records.

Have a listen to the swears below, captured by Radiofail.

And here’s another clip of Little Mix during the same show:

Why is @LittleMix answering questions with a voice changer so funny?? @grimmers got the girls to answer life's deep questions in the style of the deep voice from new track 'Joan Of Arc' and it's everything ?? pic.twitter.com/9aowLC9dis

Need a new or improved logo for your radio station? Visit OhMy.Graphics and see how awesome you can look.
Posted on Tuesday, November 20th, 2018 at 9:33 am by Roy Martin