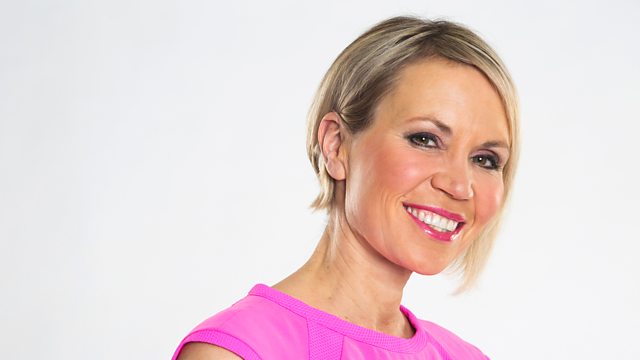 News of Dianne’s death was announced by BBC North West, where she has been the main regional TV weather presenter for the past 23 years.

In the early 90s, she was a household name across the UK for her role on the Radio 1 breakfast show alongside Simon Mayo and also as a presenter on the summer 1991 series of Saturday morning kids TV show ‘The 8.15 From Manchester’ on BBC One.

She had started at the BBC as a personal assistant at Radio 2, before a move to Radio 1 where her first on-air role was on Steve Wright In The Afternoon. She later moved to breakfast, joining Simon Mayo and newsreader Rod McKenzie.

The move to Manchester for TV work saw Dianne meet her future husband, a BBC cameraman. She then re-trained as a Met Office forecaster and moved into regional broadcasting as a weather presenter with BBC North West across television and radio outlets from 1995. She went on to also present the lunchtime show on BBC Radio Manchester in 2002 before a move to breakfast where she co-hosted with Eamonn O’Neal.

We have some very sad news this morning, our colleague and friend Dianne Oxberry has died after a short illness.
Our thoughts are with her family and friends. https://t.co/Ujip1c1SOG pic.twitter.com/NjXTcDQZPK

So sad to say that my much loved colleague Dianne Oxberry died yesterday, after a short illness, at The Christie Hospital in Manchester. Everyone at @BBCNWT is heartbroken, but all our thoughts are with her family. Rest in peace x. pic.twitter.com/ptepwVIM7Q

I’m sorry to tell you that our lovely friend and colleague, Dianne Oxberry, died yesterday after a short illness. The kindest, caring, funny most obliging person you could meet. Just the same on screen as off. I learnt so much from her at @bbcradiomanc & @bbcnwt – thank you pic.twitter.com/OvyCy7vqP7

Devastated to hear this news.She was a wonderful, joyous part of our breakfast team at Radio 1. I loved working with her. My condolences to her family.

Ian Hindle, Dianne’s husband, said: “Dianne was an amazing wife and mother who embraced life to the full. She was an inspiration to all who knew and loved her but also to the people who watched and welcomed her into their homes each night as if she were part of their family too.

“She will leave a massive void in our lives but because of the remarkable person she was she will forever live on in our hearts. The children and I will miss her more than anyone can imagine.”

“Our thoughts are with Ian and all of Dianne’s family. We hope they will find some comfort in the knowledge so many people loved Dianne and will miss her terribly.”

So sad and shocked to hear of the passing of Dianne Oxberry. A very talented and lovely lady. Thoughts with Ian and the family. Fond memories of our days on The 8.15 From Manchester.

Incredibly sad to hear of the death of my former #radio1 colleague Dianne Oxberry – tragically young at 51. She was warm, generous and very funny- a joy to work with: my thoughts are with her friends and family today pic.twitter.com/ua8ChIvUbj

Annabel Tiffin, presenter, North West Tonight, said: “This is an enormous shock for all of us. I can scarcely believe Dianne has died. She was loved by our viewers, by all of us at North West Tonight. My heart breaks for her family.

“Di was so talented, so beautiful, so funny and so full of life. Onscreen she was a star, radiating warmth and good humour. Off-screen, she was a wonderful colleague, a loyal friend and I will miss her terribly.”

Aziz Rashid, Head of BBC North West, said: “We are all devastated by this dreadful news. The coming days will be difficult but we will do our best to pay tribute to someone who meant so much to us all and made such an enormous contribution to broadcasting in the North West.

“For more than 20 years, viewers invited Dianne into their homes every night. She was a part of their lives. Just last November during our Plod for Pudsey challenge for Children in Need, Di was out meeting viewers around the region. I saw for myself the incredible reaction she got from the public, which showed how much people cared for her.”

Helen Thomas, Director of BBC England, said: “Dianne had a remarkable career. For more than two decades, she was a key part of one of the most watched regional news programmes in the country. Prior to that, she’d had a successful stint working on air at Radio 1.

“She was a brilliant weather presenter, showed she could do serious journalism with Inside Out and could do the lighter end of broadcasting brilliantly whenever it was needed.

“Above all she was a lovely woman whose sudden and shocking death has robbed the BBC of one of our brightest stars. I’m thinking of all her family and friends at this awful time.”

Need a new or improved logo for your radio station? Visit OhMy.Graphics and see how awesome you can look.
Posted on Friday, January 11th, 2019 at 6:12 am by Local Reporter