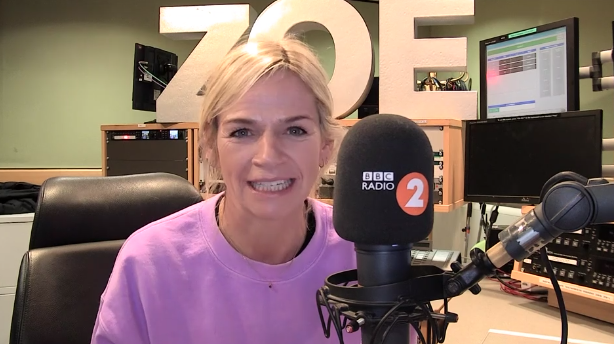 Zoe thanked Chris Evans for creating the feature and running it for the last eight years, and revealed that this year’s live final will take place at Windsor Castle on Friday 14 June.

Her Royal Highness The Duchess of Cornwall returns as an Honorary Judge and, to mark today’s launch, features in a specially-created animation. The competition is now open and the closing date for entries is 7pm on Thursday 8 March.

Zoe Ball says: “I’m so proud and excited to be launching 500 Words 2019. It is incredible what Chris Evans has achieved since he first created it back in 2011. I encourage all of our younger listeners to delve deep into their imaginations, and perhaps it could be you heading to the live final at one of the world’s most iconic buildings, Windsor Castle, in June!”

During today’s live launch on the Radio 2 Breakfast Show with Zoe Ball, four schools took over the playlist from 7-9am. Pupils also shared their favourite authors and ideas for their 500 Words stories. Wogan House, where Zoe’s show is broadcast from, also played host to a Breakfast Club with students from Foulds School in England taking part in a brainstorming session with judges Frank Cottrell-Boyce and Charlie Higson to top up their writing skills, ready to write their 500 Words stories.

Lewis Carnie, Head of BBC Radio 2, says: “Now into its ninth year, 500 Words is a phenomenon – last year there were a record 134,790 entries! Thanks to Chris, we’re able to continue with 500 Words and we thank him for his passion and commitment to the initiative. We look forward to a new look 500 Words with Zoe.”

Once again, 500 Words will be run in association with Oxford University Press (OUP) to increase reach into schools and provide further support to teachers.

Need a new or improved logo for your radio station? Visit OhMy.Graphics and see how awesome you can look.
Posted on Tuesday, January 29th, 2019 at 1:03 pm by RadioToday UK