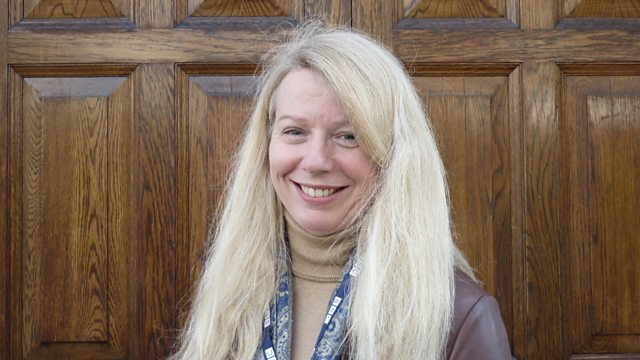 Her family said in a statement: “Ruth died peacefully in Southampton General Hospital on Wednesday evening with her husband and daughter present.”

Ruth has been on BBC Radio 2 for a number of years, working with Sir Terry Wogan and Chris Evans with the Pause for Thought feature in the breakfast show, and as a host on Good Morning Sunday. She revealed only last week that she had Lymphoma, saying “I’ve had a fantastic life, I just wish it had been longer.”

Reverend Ruth Scott was much loved amongst the Radio 2 family. Working with both Sir Terry Wogan and Chris Evans, her Pause for Thought reflections were enjoyed by millions of listeners to the Breakfast Show over the years. Our thoughts are with Ruth’s family at this sad time. pic.twitter.com/oeLe5zvPmA

Appearing on Virgin Radio, Ruth told Chris Evans “I’ve got two or three weeks to live at most so we’re in the middle of saying goodbyes with the family and thinking about how it is to be separating from one another. Death feels very weird at one level, but it feels very natural at another level.

“I’ve got to accept the fact that I’m dying. I’m not frightened. I’ve had the most fantastic life. I just wish that it had been longer.”

Ruth Scott Tribute – by Rev. Kate Bottley live on BBC Radio 2 at 9.15 this morning in the Pause for Thought slot:

Christians – and vicars in particular – can often be accused of not living in the real world. That couldn’t be said of Ruth Scott. She not only lived in the real world – she wanted to change it.

Ruth often spoke on Pause for Thought about her most challenging work – bringing people together from communities who would normally be tearing each other apart. This took her to Africa, to Europe and closer to home – to Northern Ireland. As Ruth said: ‘to love your enemy is ultimately the only way to enable lasting peace.’

All sorts of people felt they could talk to Ruth. Perhaps this was because she trained as a nurse and later a midwife – two professions who are good at listening. In the early 1990s Ruth’s life changed direction when she became one of the first women priests in the Church of England. Her congregations were lucky – Ruth wasn’t your typical vicar – few can claim to have also trained as a magician and fire eater!

Millions of us knew Ruth as a familiar voice on Radio 2 since the days of Sir Terry. Over the years she befriended many of the DJs and production teams. But it was a desire to share something important with you lovely listeners that brought her to the studio.

Ruth’s scripts were always honest. She was never one to dodge a harsh reality and in the last few years Ruth spoke movingly about her illness. During a spell when she felt well enough, Ruth and her husband Chris had few days break in Cornwall. They were out for a meal at a restaurant when the owner asked if they were celebrating anything in particular. ‘Being alive’ Ruth said. The owner ripped up the bill. The meal was his gift. It was a generous present to a person who was generous with her time and her compassion.

We have lost a radio friend. Our thoughts and prayers go out to Chris and the family.

Lewis Carnie, Head of Radio 2 said: ‘Reverend Ruth Scott was much loved amongst the Radio 2 family. Working with both Sir Terry Wogan and Chris Evans, her Pause for Thought reflections were enjoyed by millions of listeners to the Radio 2 Breakfast Show over the years. Our thoughts are with Ruth’s family at this sad time’.

R.I.P my lovely, gentle, inspirational friend Reverend Ruth Scott. I will miss you so much. <3