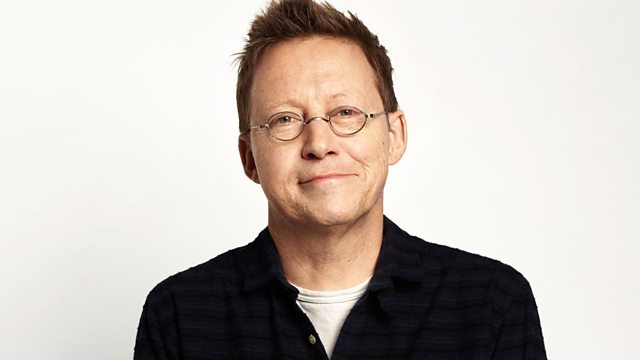 Simon Mayo says that he thought he’d be with the BBC until he retired, and he’d not expected that his time at BBC Radio 2 would end how it did.

He reveals this in an interview with the Daily Mail’s Event Magazine which says, he wasn’t told face to face about adding Jo Whiley as co-host on the drivetime show.

Instead, he says that, “My agent rings up and says, ‘You’ve got to have a co-presenter’. And I said, ‘Oh, really? That’s interesting.’

“It was not how I imagined the end of my career at Radio 2 would work out! I certainly had no intention of going anywhere.

“I had thought I would stay there until I was 94, then retire and drop dead. But it didn’t work out like that, so it was an uncomfortable period.

“They thought it would be an improvement and make the network more contemporary. They made a mistake.”

Asked if he’d considered leaving straight away, he said, “Yeah. There’s an inevitable thought: do I throw the toys out of my pram at this point, or do I hang on?

“But before I got to that I made the suggestion that if they were serious about it, they would have to have someone like Jo Whiley in mind, because she’s a proper broadcaster.

“I had this horror of them plucking someone from local radio and going: ‘You’re gonna co-present with this person.’ And then I would’ve walked. But they talked to Jo, and she said: ‘Fine, OK, I wasn’t expecting that, but let’s try.’”

Both Mayo and Whiley are respected broadcasters in their own right but being put together as joint presenters on Radio 2’s drivetime show didn’t work very well.

Simon admits, “It is certainly true that a lot of people found it an awkward thing to listen to, although the audience figures were fine actually. We were still doing good radio work, still doing interviews, the music we played was still good. But we were being played out of position.”

He says that Radio 2 did try to persuade him to stay with the station, “They wanted me to carry on doing the show with Jo. I was never quite sure what they were offering, but I just didn’t think their heart was in it.”

After 31 years with the BBC he says, “I’m incredibly grateful for all the breaks that came my way. Then, in the end, it broke the other way. Things had changed. It felt different. It felt like it was probably time to go.”

From next month, Simon will be the mid-morning presenter on the new digital classical music station, Scala Radio which he describes as, “an entertainment network that plays classical music, so we’ll have guests, features, interviews, quizzes, whatever. And then we’ll play Mozart instead of Marvin Gaye. They’ve done a lot of research into the number of people who listened to my old Radio 2 show and Classic FM. There’s a lot of them.”

One of the features in his new show has been confirmed as Confessions, a hugely popular feature which has been with him since his days on the BBC Radio 1 breakfast show in the early 1990s. It features listeners’ confessions, often funny and sometimes controversial, about something they’d done and wanted to get off their chests.

There was also a successful Confessions book and a BBC TV series which wasn’t as popular as the radio version.

Scala Radio launches on Monday 4th March with Simon Mayo presenting the 10am – 1pm show. It promises to be somewhere between Radio 3 and Classic FM.

As for Simon’s knowledge of classical music, he tells Event Magazine, “I was brought up on Gilbert and Sullivan, my father was a fan. When I was a kid, I knew all the words to The Nightmare Song from Iolanthe. I don’t any more!

“We’ll play Mozart, Chopin, all the stuff you’d expect us to play, but if Scala is going to work and find an audience there will be moments when you go: ‘Oh, this is different.’”

Good morning. In case you’ve been waiting. And in case you need it. Confessions will be back on your radio in March on @ScalaRadio and here’s the email confessions@scalaradio.co.uk
Getting closer!

Need a new or improved logo for your radio station? Visit OhMy.Graphics and see how awesome you can look.
Posted on Sunday, February 3rd, 2019 at 11:57 am by Local Reporter