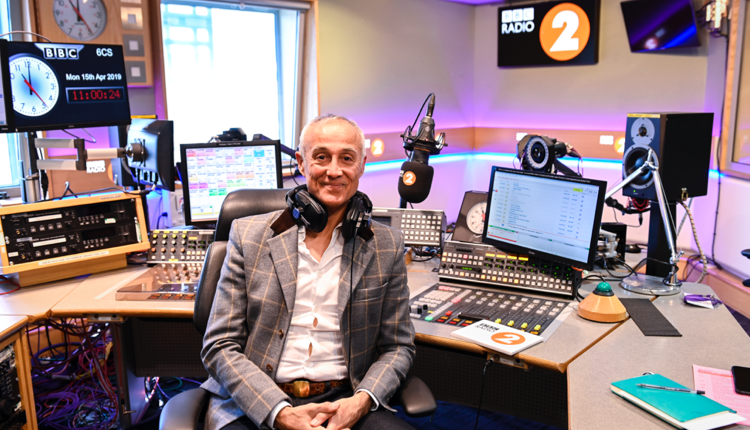 He’ll make his radio presenting with Andrew Ridgeley’s 80s’ Playlist on Monday 6th May from 5pm till 7pm.

Andrew will be playing the tracks that mean the most to him from the decade and sharing his own memories and stories from the era in which he dominated the pop charts as one half of Wham!, alongside George Michael.

Artists to be played include Aztec Camera, Prince, XTC and Fleetwood Mac.

Andrew says: “I am absolutely thrilled and privileged to have been asked by Radio 2 to host my very own radio show this May Bank Holiday and to have the chance to play my definitive Greatest 80’s playlist. I am really rather excited at the prospect!

“I’ve spent hours and hours trying to whittle down my favourite tracks spanning the decade and it’s been a real treat revisiting so many wonderful songs. There are some omissions that I’ve hated making, but have chosen tracks that excited or moved me and that are shining examples of the talent of the era.

It’s a really varied selection and reflects the vast breadth of styles that made the 80’s a stand out decade. I hope you enjoy my playlist as much as I have putting this fantastic audio retrospective together – and yes, I will be playing Wham!.”

Lewis Carnie, Head of Radio 2 says: “As Andrew was one of the best loved figures of the pop world in the 80s, and as Wham! continue to be a favourite with our listeners, he’s the perfect choice to play us his most loved tracks of the era.”

A mere 35 years later, not quite poolside in Ibiza, but still the same lovely Dee C. Lee ⁦@therealdeeclee⁩ ??? pic.twitter.com/fC2yLIkEGI