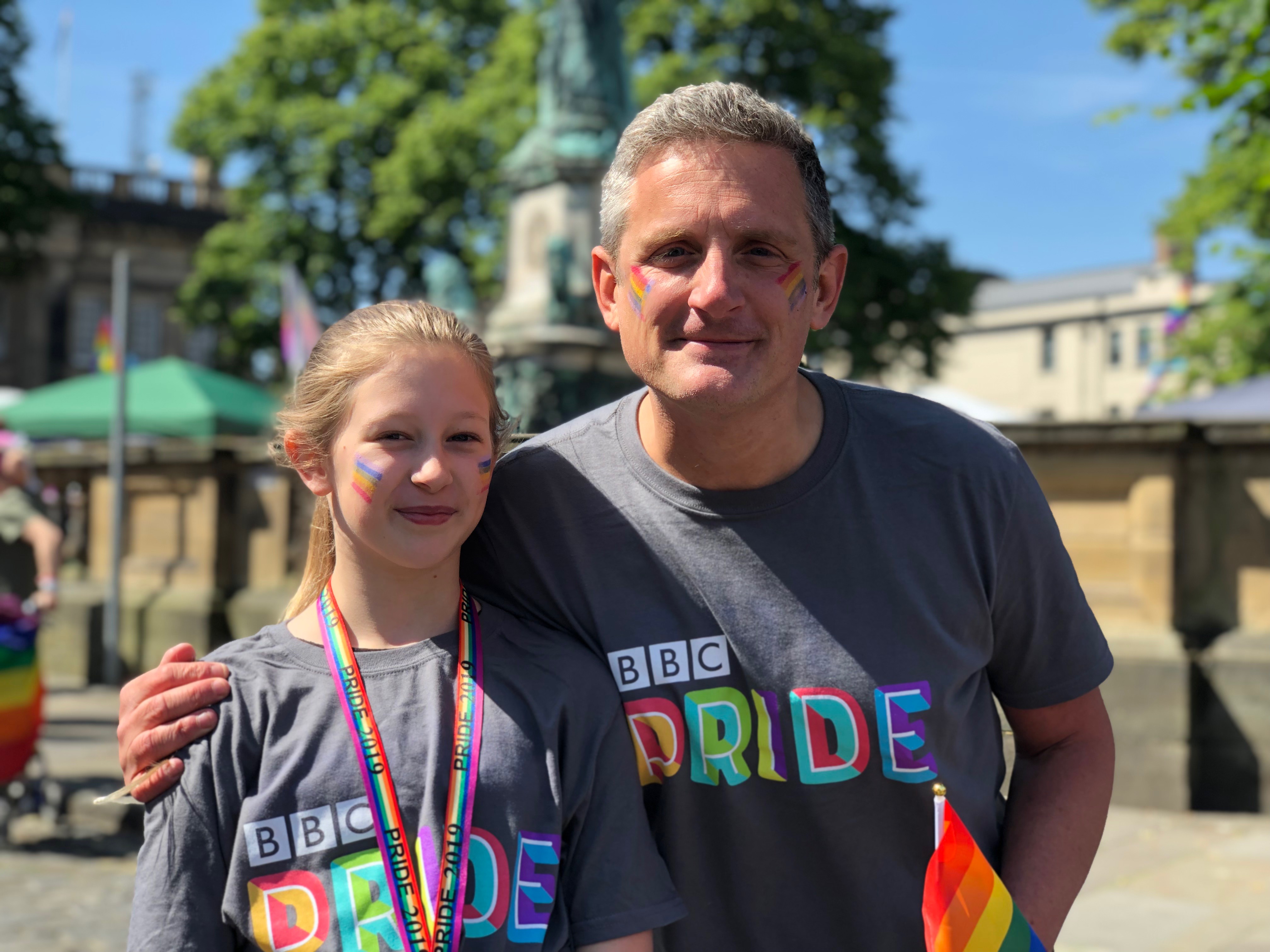 BBC Radio Lancashire and North West Tonight presenter Graham Liver has been named as a Freeman of the City of Lancaster.

He was surprised with the news on his Breakfast Show on Friday morning.

Graham said: “Wow! Seriously, am I? Wow! I love this. This is amazing. Hopefully my love of the county, particularly Lancaster where my family are, where I was born, where I grew up, where I went to school… Hopefully that [love] comes across and anything I can do to promote Lancaster, Morecambe and all round there, I’ll do. This is brilliant. I’m chuffed, thank you.”

Graham was born in 1975 at the Royal Lancaster Infirmary to local milkman Mick and shop assistant Brenda. The family – who lived and worked in the area for centuries – had a house in Skerton and Graham attended Ryelands County Primary School.

Graham’s first job was helping out with his dad’s milk round. In the early 1990s, Graham got a job making tea at his local radio station -The Bay – before eventually getting his first on-air job at the BBC aged 18.

Since then, Graham has presented both TV and Radio programmes on a number of different BBC outlets across the country.

The party has started before the doors open. Full live coverage of the Hollywood Proms ⁦@LythamFestival⁩ on ⁦@BBCLancashire⁩ from 1900 ? pic.twitter.com/MJkJZ1R22N

He has hosted the BBC Radio Lancashire breakfast show for 10 years and regularly reads the news on BBC North West Tonight.

Graham is a patron of a number of local charities and has helped to raise over £500,000 for BBC Children in Need.

Mayor of Lancaster, Councillor David Whittaker, said: “Each year Lancaster City Council continues the longstanding custom of admitting new Freemen of the city and it was great to see one of BBC Radio Lancashire’s favourite presenters who has always flown a flag for his home town, celebrating how proud he is of his heritage.”

John Clayton, Managing Editor at BBC Radio Lancashire, said: “The whole team is so proud that Graham’s passion for his home city has been officially recognised. Championing communities and the local traditions associated with them is at the heart of what we do at BBC Radio Lancashire. It’s also great to hear that if Graham does ever own a flock of sheep, he’s free to pasture them on Lancaster Marsh.”

Need a new or improved logo for your radio station? Visit OhMy.Graphics and see how awesome you can look.
Posted on Monday, July 15th, 2019 at 5:20 pm by RadioToday UK