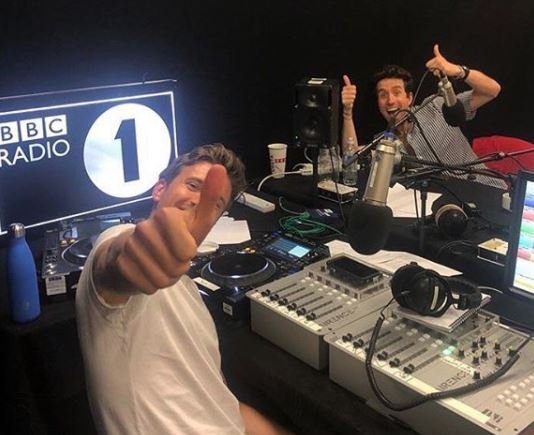 BBC Radio 1’s latest game of Hide And Seek latest over 24 hours, with Greg James and Nick Grimshaw being found in Weston-super-Mare on Wednesday.

Breakfast co-producer Chris Sawyer has tweeted an insightful thread about how it all came about, including information on how Greg put the answer to the question “Where are they” under the studio desk before he left on Tuesday morning.

He explains about fake train tickets, pre-planned billboards, driving along a pier and planes flying too high.

There’s also a five minute video highlight of the promotion here (and below).

BBC Radio 1 first played Hide and Seek a year ago – with Greg and Grimmy being found in Liverpool after around 23 hours.

More than 25 hours later listener Scott FINALLY found @gregjames and @grimmers in Weston-super-Mare. ?? Thank you to everyone who helped piece it together.

Rumour has it they’re now on the bumpers on the @GrandPier… ??#HideAndSeek pic.twitter.com/r9Kcx9Lnab

Need a new or improved logo for your radio station? Visit OhMy.Graphics and see how awesome you can look.
Posted on Friday, July 26th, 2019 at 12:02 pm by Roy Martin