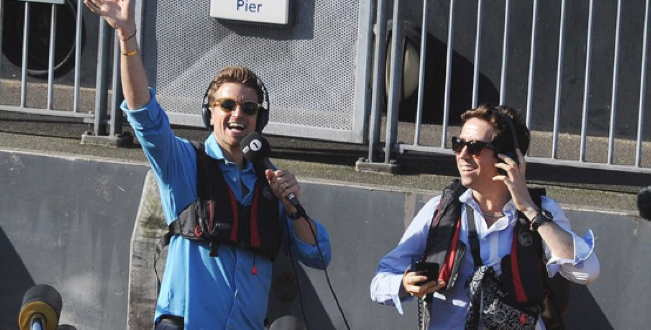 BBC Radio 1 is playing another game of Hide and Seek with its listeners starting on Tuesday afternoon.

Greg James, Nick Grimshaw, Maya Jama and Jordan North were all taken away from the studio around 8am, leaving Scott Mills and Adele Roberts in the studio to continue hosting the breakfast show, along with Clara Amfo.

The station says Greg and Grimmy are on their way to a hiding place but the eventual place will not be hospitals, fire stations, police stations, or anywhere they’d cause a nuisance. Anywhere dangerous including derelict buildings or military bases are also ruled out.

It’s a year since the first game of Hide and Seek was played at Radio 1 – with Greg and Grimmy being found in Liverpool after around 24 hours.

At the time of writing, Greg and Grimmy were recently seen heading East along the Thames in a speedboat and then spotted at the O2.

You can follow the live blog on the game here.

OK SO THIS IS ALL OF US RIGHT ABOUT NOW ?? pic.twitter.com/3hRALxgcEf

WHAT?! They tricked us all!

The world BIGGEST game of #HideAndSeek is back?

The game begins today at 4pm as @gregjames & @grimmers are now on their way to a secret location? pic.twitter.com/Mkv8J65uyG 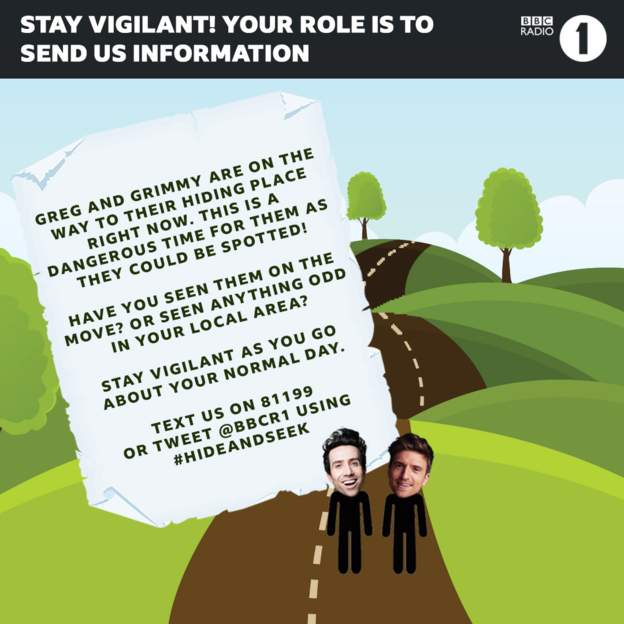