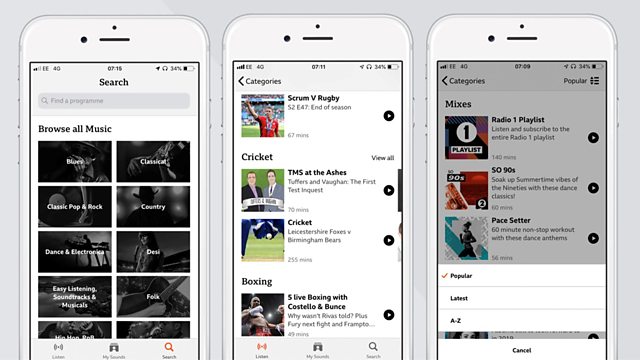 The BBC will withdraw the iPlayer for Radio app this month in a bid to move users over to the newer BBC Sounds platform.

Closure of the app will begin on September 16th, allowing listeners to move over to BBC Sounds by the end of September.

James Purnell, Director, Radio & Education says: “We’ve been improving Sounds all the time, and the time has come to switch off iPlayer Radio so the BBC only has one audio app.

“We said that was the plan when we launched Sounds, but have kept iPlayer Radio going till now as there was well-used functionality in iPlayer Radio which we wanted to implement – and improve on – in Sounds.”

The latest app update for BBC Sounds means it now matches the major features and functionality of iPlayer Radio, and with nearly 1.9 million weekly signed in users, BBC Sounds is used by more people than the old iPlayer Radio app.

Currently, BBC Sounds is only available in the UK, unlike BBC iPlayer for Radio. This issue was raised by Australia-based Brit James Cridland, to which Purnell replied saying the BBC Sounds app will hopefully be available outside the UK in the future.

BBC to remove iPlayer Radio app entirely. @jimpurnell – does that mean that at this pivotal moment in history, BBC Radio is no longer going to be available for the millions of British citizens who live overseas? @bbcpress #bbcexit
https://t.co/OqEcgnBrLi

Need a new or improved logo for your radio station? Visit OhMy.Graphics and see how awesome you can look.
Posted on Friday, September 6th, 2019 at 9:50 am by Roy Martin