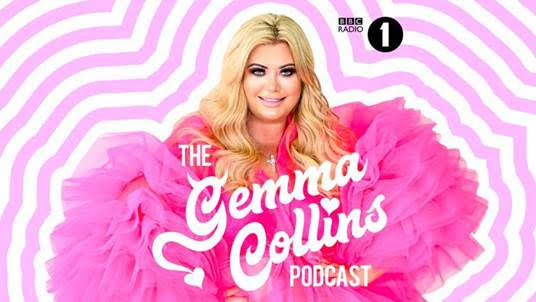 BBC Radio 1 has decided to renew The Gemma Collins Podcast for a further eight episodes.

Gemma’s debut podcast launched on BBC Sounds back in August. It was initially commissioned as an eight-episode series, but Radio 1 bosses decided to extend the current run to 16 episodes in total.

The podcast is a Wisebuddah production for Radio 1 and BBC Sounds, commissioned for BBC Sounds by Radio 1’s Commissioning Executive for Podcasts, Louise Kattenhorn.

The Gemma Collins Podcast reached No 1 in Apple’s UK podcast chart soon after launching and has since racked up thousands of downloads on BBC Sounds, proving most popular among the under 35s.

Topics Gemma has covered on the podcast already include body confidence, trolling and the media, and wanting children. Topics she hopes to cover in the next eight episodes include aliens, the universe and angels.