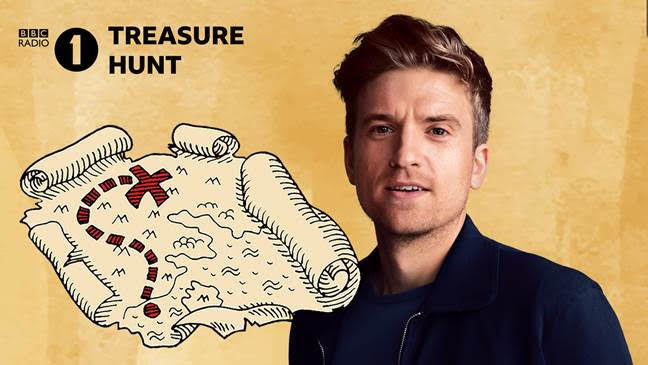 BBC Radio 1 revealed a new on-air competition this morning in which listeners are invited to take part in a national treasure hunt.

Radio 1’s Treasure Hunt will kick off at 7.30am on Thursday 24th October on Breakfast, when a Golden Ticket will be hidden in four different locations around the UK.

Greg James will gradually reveal clues about their whereabouts throughout the show.

The promotion follows recent games such as Hide and Seek and Radio 1’s Escape Room.

Need a new or improved logo for your radio station? Visit OhMy.Graphics and see how awesome you can look.
Posted on Monday, October 21st, 2019 at 11:02 am by Roy Martin