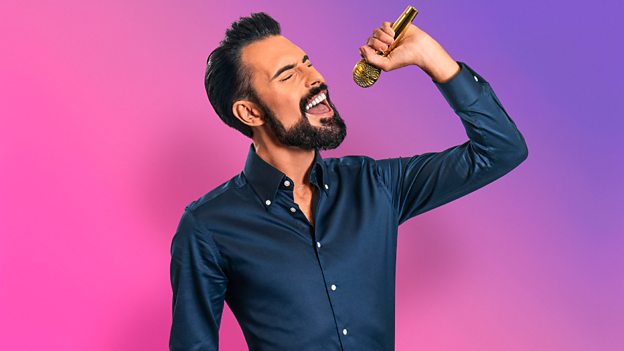 Presenter Rylan Clark-Neal will sing in a 24 hour non-stop karaoke extravaganza to raise money for BBC Children in Need 2019.

The challenge will kick off on BBC Radio 2 at the end of the Zoe Ball Breakfast show at 9am on Tuesday 12 November, with Rylan singing karaoke classics through to 9am on Wednesday 13 November.

The marathon sing-a-long will take place at the Radio 2 studios in Wogan House, London and be broadcast on BBC Radio 2 and BBC Sounds, and streamed live in vision on the BBC Red Button where viewers can watch Rylan and his guests perform.

Viewers will also be able to send in messages of support for Rylan, which will scroll across the screen, along with details of how to donate via text. Audiences will be able to donate to support Rylan via text donation and through the BBC Children in Need website.

Rylan says: “My love of karaoke is absolutely no secret and so I’m incredibly excited to take to the microphone and raise as much as I possibly can for BBC Children in Need. Tune in to BBC Radio 2 or via BBC Red Button from 9.30am on the 12 November to hear me – and my special guests – serenade the Radio 2 family with as many karaoke classics as I can fit into 24 hours. And don’t forget to donate!”

Lewis Carnie, Head of Radio 2, says: “BBC Children in Need is a cause close to the heart of the generous Radio 2 listeners, so thank you to Rylan for agreeing to perform a 24 hour karaoke.”

The news is out! I’ll be doing a 24hour KaRYoke-athon for @BBCCiN on Tuesday 12th November on @BBCRadio2 and streamed LIVE on the BBC red button. DREADING THIS #KaRYoke pic.twitter.com/blBD24eETy

Tommy Nagra, Director of Content, BBC Children in Need, says: “We’re hugely grateful to Rylan for taking on a challenge that will make a difference to so many disadvantaged children and young people right across the UK. It will be no easy task to stay awake for 24 hours, let alone to keep singing non-stop – but all of us at the charity will be cheering him on in this mega fundraising mission.”

Rylan’s fellow Radio 2 presenters will also be joining Rylan on his task.

Throughout the day, they’ll challenge Rylan to play The Wheel of Karaoke Fortune – a game in which Rylan, joined for each round by a special guest from the world of music and showbiz, must perform any song, decided by the wheel, live on air.

Rylan’s 24 hour karaoke is the latest addition to the challenges previously hosted by Radio 2. In March this year, Tess Daly and Claudia Winkleman took on the longest ever Danceathon in Red Nose Day history in aid of Comic Relief. In 2017 Sara Cox boogied for 24 hours in a 80s Danceathon and Dermot O’Leary didn’t stop shaking it off in 2015 with his 24 hours of dance.

It's easy to put travel news on your radio station, from £25 a month for online stations. See RadioTravelNews.com for details and same day set up.
Posted on Tuesday, October 8th, 2019 at 10:11 am by Roy Martin