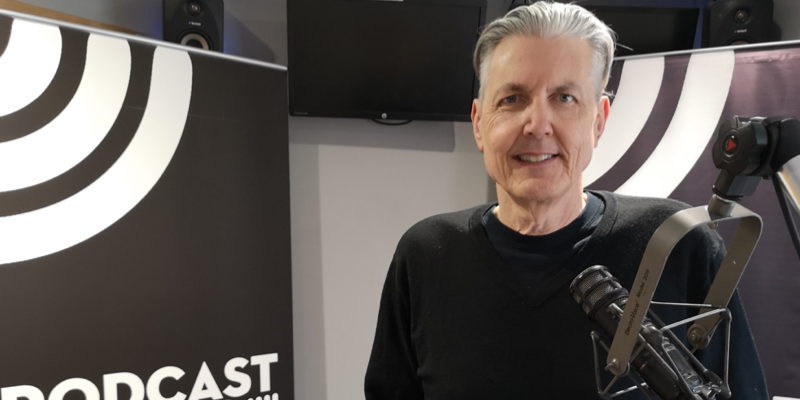 Gene co-hosted the morning show at KROQ in Los Angeles for thirty years and moved back to the UK, his birthplace, at the beginning of the year.

He will become the second of Podcast Radio’s podjocks – a cross between a DJ and announcer – who links the podcasts played on the station, which launched on DAB+ in London two weeks ago.

CEO Gerry Edwards says: “Gene is a massive star in the States and we’re thrilled to welcome someone with his experience and expertise to Podcast Radio. With his mesmerising American accent and natural creativity, Gene is perfectly placed to reflect the dynamic world of podcasting.”

Gene adds: “I don’t feel like a legend at all and thanks to Podcast Radio I have the same enthusiasm I had at the start of my career because of this fresh, new, exciting concept for a radio station.

“I love the way podcasts have taken off over the last few years and I believe the love that goes into the curation and presentation of them on Podcast Radio will only make them bigger. Plus, Podcast Radio is giving me the creative freedom to do what I want between podcasts – and it’s so much fun!”.

Podcast Radio, which also broadcasts online and via the UK RadioPlayer app, offers listeners a chance to discover and sample a range of podcasts. It also provides an opportunity for podcast producers to showcase their work.

Gene, together with on-air partner Kevin Ryder, hosted their “Kevin and Bean” show on alternative rock station KROQ from 1989 until the end of last year. It went to Number 1 in the LA radio market in 2003. The show was inducted into the NAB Broadcasting Hall of Fame in 2015 and the National Radio Hall of Fame last year.