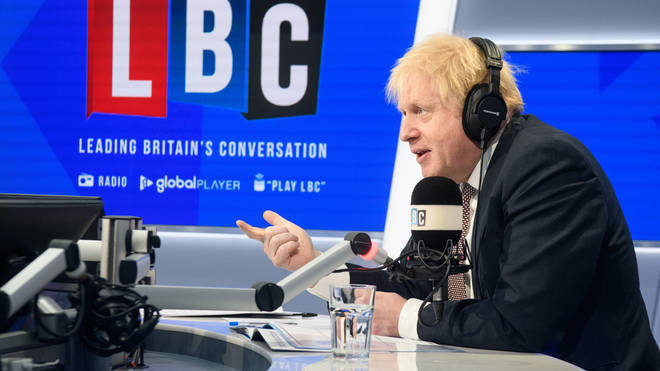 Coverage of the general election helped 5 Live, Radio 4 and LBC each add half a million listeners across 2019.

LBC, including new digital station LBC News, posts a record high of 2.7m listeners (up more than half a million year on year), while talkRADIO is up more than 40% from 12 months ago to now have 433,000 listeners a week – another record high for the Wireless station.

BBC Radio 2 and its breakfast show with Zoe Ball won back some audience in the three months to 15th December, after a difficult year for the station.

Radio 2 overall added just over a quarter of a million listeners over the quarter, and remains the UK’s biggest radio station with a weekly audience of 14.438 million.

The arrival of several new digital-only radio stations was one of the big themes of 2019 in the industry – and Global‘s portfolio of six digital-only music spin-offs, launched in September, all debut with impressive audience figures in their first RAJAR books – producing a combined reach of more than 2 million listeners and 8.1m listening hours each week:

The Smooth brand is also down on both the quarter and the year, while Classic FM fared better – increasing audiences from 5.3m a year ago and 5.1m in Q3 to 5.461m this time. Gold is up slightly to 1.282m.

Greatest Hits Radio and the Greatest Hits Network have both increased from their debuts in Q3/19, with the brand now reaching 1.264m a week (up from 1.209m last quarter).

The ‘Hits Radio Brand’ (including Greatest Hits and non-Hits branded stations such as Radio City, Metro, Hallam and Clyde) is up 8% year on year to 6.657m. The Hits Radio Network (FM services) is up 5% to 5.878m and Hits Radio as a standalone station on FM in Manchester and across the UK on DAB posts an 823,000 reach – up from 804,000 twelve months ago.

The Absolute Radio Network is up year on year, but this is partly down to RAJAR debuts for its 60s and 00s stations as all the other stations in the network have seen year on year decline in reach. Absolute Radio 90s is down by 12%, Absolute 80s by 4%. The Dave Berry Breakfast Show, which airs across the whole portfolio of stations, reaches highest-ever audience of 2.3 million listeners (up 4.7% year on year).

Magic Soul and Mellow Magic both received decent RAJARs this time. Soul is up nearly 12% year on year to 343k, while Mellow rises by 23,000 to 626k. Overall the Magic Network is down slightly to a weekly brand reach of 4.173m.

KISSTORY saves the day for the Kiss brand though – with a 22.1% annual increase in audience size thanks to move from SDL to D1. The Kiss Network though drops 5% to 5.2m.

Audiences are up more than 10% at Planet Rock, to 1.2m; Jazz FM remains fairly steady year on year; and Heat loses over a fifth of its reach, falling to 507,000 listeners per week.

At Wireless, Virgin Radio’s reach is up 8% compared with the previous quarter and listening hours have risen by a fifth to 9.9m. When you include the Anthems (211k) and Chilled (126k) digital stations, Virgin’s brand reach is 1.76m, with 11.35m hours. Chris Evans now has the most listened-to breakfast show that’s only available on digital radio, with 1.2m weekly listeners and total listening hours of 5.6m.

talkSPORT‘s reach is down slightly both compared with last quarter and last year – to 2.912m. Sister station talkSPORT2 remains fairly constant with 324,000 listeners a week.

Panjab Radio‘s audience fell from 187,000 a year ago to 73,000 in Q4/19, though average hours are up from 3.2 per listener to 5.9 per listener as a result. Its sister station, Asian FX, receives its first RAJAR figures. It’s on DAB in London and plays a mix of British Asian and western music. It debuts with a reach of 40,000, which Panjab says is a ‘fantastic achievement’.

Zoe Ball recoups some of the lost audience, increasing to 8.2m this quarter from 7.9m last time round.

The Today Programme and 5 Live Breakfast are both up by decent amounts as mentioned above.

Dave Berry on Absolute posts a record 2.267m for the network.

Global is still the biggest commercial group with 25m weekly listeners and a 23% share.

Bauer has a reach of 18.2m, with a staggering 14.6m (74%) of those listening via digital platforms. This compares with the industry average of 59% digital.

James Purnell, Director of BBC Radio and Education, says: “Our brilliant stations are much loved by our audiences and in this quarter we’ve seen some strong numbers for our speech stations, including a record for Radio 4 Extra. The latest figures show some of the challenges we face across the radio industry with retaining a live listening habit amongst young people, whose audio consumption is rapidly changing. We are focused on keeping live listening strong and looking for new ways to do so, but we also want to ensure we offer more for our audiences however they want to listen. During this quarter alone, we saw more than 100 million on demand plays of our content on BBC Sounds, double the previous quarter, demonstrating the increasing popularity of our radio programmes outside of our linear schedules.”

Aled Haydn Jones, Head of Programmes at Radio 1, added: “We are very proud to be the number one radio station and Breakfast Show for young audiences in the UK. We continue to provide our audience with more ways to enjoy our content with around 10 million listeners, 14 million weekly viewers and 9.5 million social users.”

Alan Davey, Controller of Radio 3 commented: “I think BBC Radio 3 is important to the kind of society we are. I think having a place where you can take time out from the world, listen to something in depth and get a new perspective is really important. That’s the job that Radio 3 does and I think that’s a job for all time and our listeners seem to think so too judging by the high figures.”

Ashley Tabor-King OBE, Founder & Executive President of Global, said: “I’m immensely proud to see a really impressive card for Global as we again achieve the top four commercial radio brands across the UK with Heart, Capital, Smooth and Classic FM. A great opening story for our Heart brand extensions with Heart 90s attracting a massive 630,000 weekly listeners and Heart Dance and Heart 70s opening with 380,000 and 250,000 weekly listeners respectively. Particularly exciting is Smooth Chill which opens with more than 300,000 listeners, which is more than Scala Radio, in only its first card! It’s also fantastic to see LBC’s meteoric growth continue, smashing another record with 2.7million weekly listeners. Another highlight is the huge growth of Roman Kemp’s Capital Breakfast show. Roman is beating the jungle drums impressively, adding 242,000 listeners in London. These figures from the Global portfolio are representative of our focus on reaching and engaging with listeners and the hard work of every Globaller. Congratulations again to an amazing team at Global.”

James Rea, Global’s Director of Broadcasting, said: “This is a very strong set of RAJAR results for our brand extensions as well as for Global. It is a true testament to the hard work of every Globaller. To reach 24.8 million weekly listeners is very special indeed. Heart retains its lead as the biggest commercial radio brand in the UK with 9.5 million weekly listeners and Roman Kemp on Capital Breakfast returns from ‘the jungle’ to retain his London crown and reach 3.4 million listeners nationally. Classic FM has also had an impressive card as the clear leader in the classical music market, amassing 5.5 million weekly listeners. LBC’s performance is equally phenomenal with the station delivering its highest ever weekly reach yet again, now at 2.7 million across the UK. Increasingly, as more people have access to multiple devices, our overall digital listening figure has increased to almost 16 million. It goes without saying that I’m immensely proud of the Global team – their drive, focus, dedication and sheer hard work has truly reaped dividends.”

Dee Ford CBE, Group Managing Director Radio, Bauer Media, said “Digital innovation is what makes Bauer stand out – we know and understand audiences and how they want to engage with content. This underpins our sector-leading 74% listening on a digital device and of course our growth in total listening. These results have been driven by strong performances from Hits, Greatest Hits and Absolute Radio Networks. We have been a clear leader in digital radio for the last five years and operate 6 of the top 10 leading commercial digital stations, with KISSTORY continuing as the clear commercial digital leader.”

Wireless CEO Scott Taunton said: “I’m particularly pleased that we’re driving listening hours: the Chris Evans Breakfast Show with Sky is already the most listened-to digital breakfast show in the UK. Led by Chris, the whole schedule continues to deliver record growth.” For Premier League fans, talkSPORT is rapidly becoming the destination for live action on GameDay. With more than one million listeners – and growing – our new schedule and team of experts are delivering. We’re also seeing strong connected listening through our fast-growing app and via smart speakers, bringing more sports fans than ever to our increasing roster of live sport rights. And talkRADIO has been a natural destination for listeners wanting a punchy perspective on the general election. A new Government with a mandate for change should give plenty of opportunity for talkRADIO’s continued growth. Wireless now reaches more listeners, for more hours, than ever before. Meanwhile, our recently announced plans to launch Times Radio as a national digital station later this year underlines the commitment of News UK and Wireless to continue leading the way in the UK radio sector.”

JACK CEO Ian Walker said: “We are really proud to have more than doubled our audience across the JACK Radio brand in just a year and we hope to continue on this upward trajectory. We have some really exciting and ambitious plans in place across our stations for the next year and which will allow us to continue to take our unique and engaging propositions to new audiences who may not already be familiar with us.”

Surjit Singh Ghuman from Panjab Radio said: “In light of a disappointing RAJAR for all the South Asian radio stations, I am delighted with our growth of 19% for Panjab Radio’s listening hours, the highest in the market.”

Chris Stevens, Founder of Chris Country, said: “We’re delighted to be celebrating record reach, with more people listening to Chris Country than ever before. 2020 is our seventh year on air, and we’re honoured to continue to fly the flag for country music across the UK!”