The BBC Local Radio Make a Difference campaign has had over 300,000 listeners calling or texting into their local station in the first 30 days.

Listeners across the country have been getting in touch with calls for help, to share their stories of good news and with endless offers of support for those in need.

The campaign has also provided an opportunity for people to get in touch with information about their fantastic fundraising efforts, with one story going viral.

Here are just a handful of the incredible stories told through the Make a Difference campaign so far: 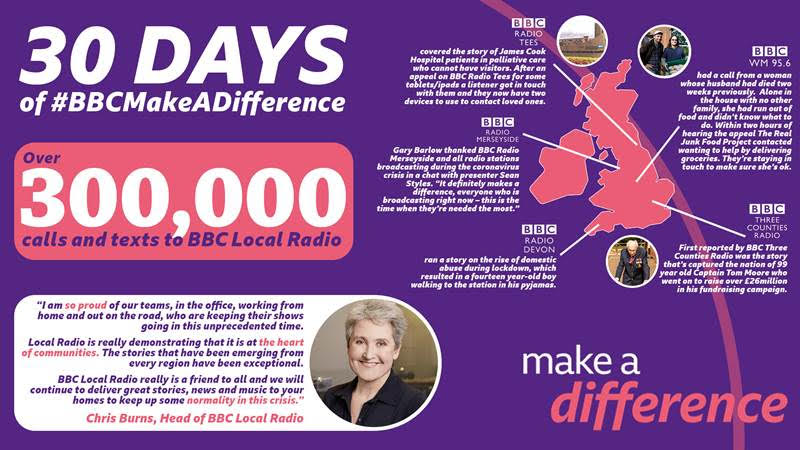 Chris Burns, Head of BBC Local Radio comments, “I am so proud of our teams, in the office, working from home and out on the road, who are keeping their shows going in this unprecedented time.

“Local Radio is really demonstrating that it is at the heart of communities. The stories that have been emerging from every region have been exceptional. BBC Local Radio really is a friend to all and we will continue to deliver great stories, news and music to your homes to keep up some normality in this crisis.”