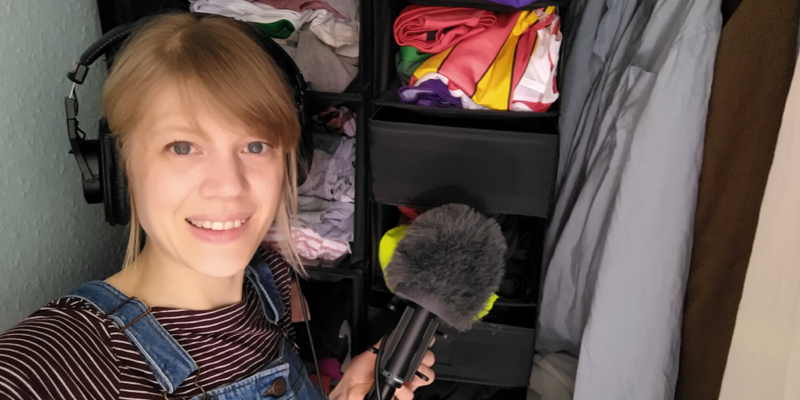 The BBC has turned its Make A Difference campaign into a twice-weekly podcast which will also be broadcast on all 39 BBC local radio stations.

Make a Difference was set up by BBC Local Radio in March in response to the coronavirus crisis to help connect communities and bring together people when they need it most.

The podcast, produced by the same team behind Multi-Story, will showcase some of the stories pouring into BBC Local Radio from across the country every day. Already more than 150,000 people have contacted their local BBC radio stations since the start of Make A Difference.

All local radio stations have been involved with the campaign, receiving thousands of calls, texts and other interactions from people wanting help. There have been contributions from volunteers; everything from picking up prescriptions, to getting food to the most vulnerable and much more.

Responding to social distancing measures, presenter/producer Becca Bryers and team member Kathryn Morrison have been making the programme from home during the crisis with Becca even recording it in her wardrobe.

Head of Audio and Digital for BBC England Chris Burns says, “…the response to BBC Local Radio’s ‘Make a Difference’ has been amazing to see. BBC Local radio is holding the hands of people to get them through these unprecedented times. I am immensely proud that our team from BBC England and our colleagues from BBC Sounds have been able to get these incredible stories out there in a Podcast so quickly.”

It's easy to put travel news on your radio station, from £25 a month for online stations. See RadioTravelNews.com for details and same day set up.
Posted on Thursday, April 2nd, 2020 at 8:27 pm by Jo James