A new software platform designed to manage small-scale DAB multiplexes has been launched.

Optimux, a cloud-based control panel, has been designed and developed in a collaboration between Dean Kavanagh who runs the small-scale trial in Birmingham, and Niocast Digital which operates the Manchester trial.

The dashboard allows multiplex operators and individual services to access essential functionality of the multiplex and eliminates any requirement to understand the Linux software which powers software-defined small-scale DAB. 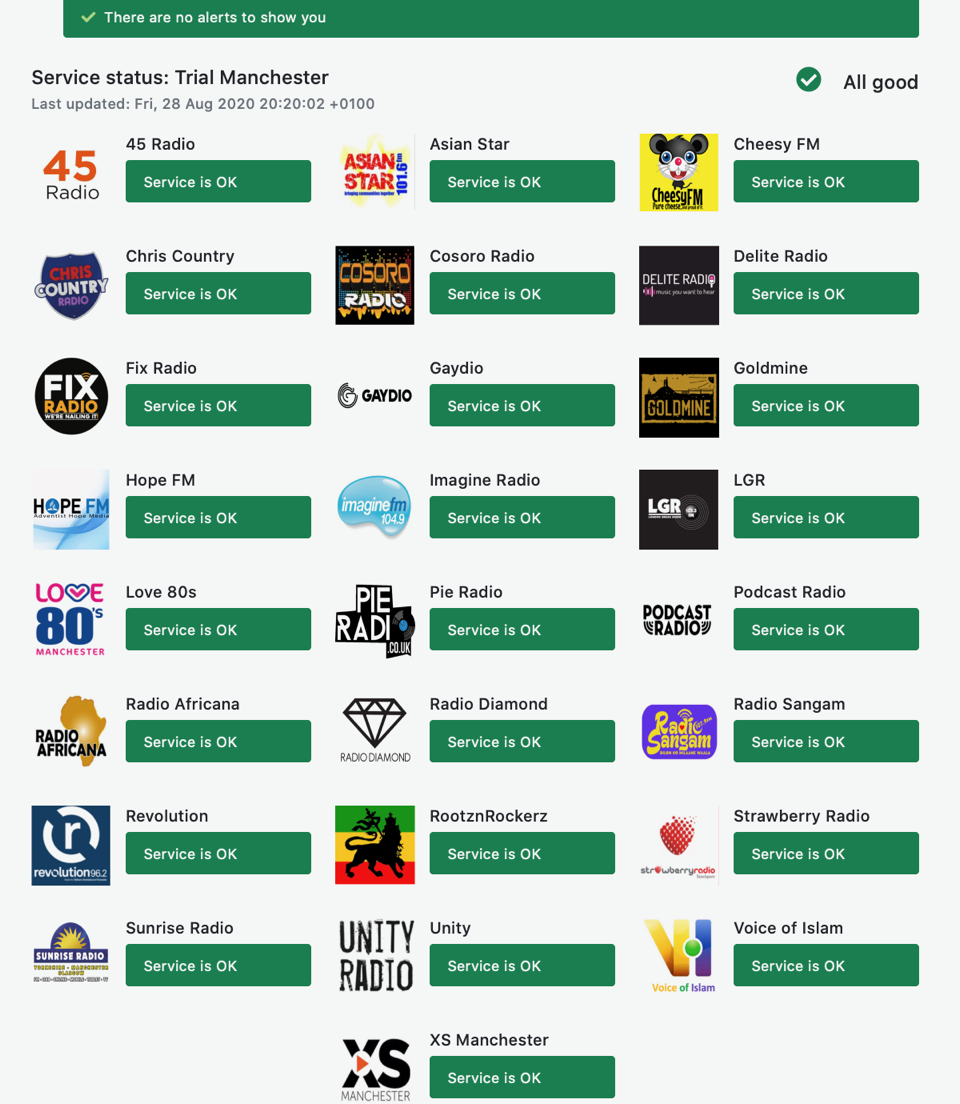 “We’ve come a long way in five years’ says Dean, “A great deal has been learned and experience gained. But the thing we kept returning to was the lack of a simple interface that would allow busy people, who might have little knowledge of Linux software, the ability and confidence to be able to control every aspect of running a multiplex. So we set about creating one. The great thing is Optimux has been built on the real world needs of existing small-scale operators.”

Announcing the launch, Optimux’s David Duffy added: “We’ve tackled what would have been a serious impediment for many newcomers to small-scale DAB. Using the Optimux dashboard now means small-scale DAB is accessible to everyone.”

Optimux software will be demonstrated throughout September in a series of live webinars. To book a one-to-one demo follow this link.