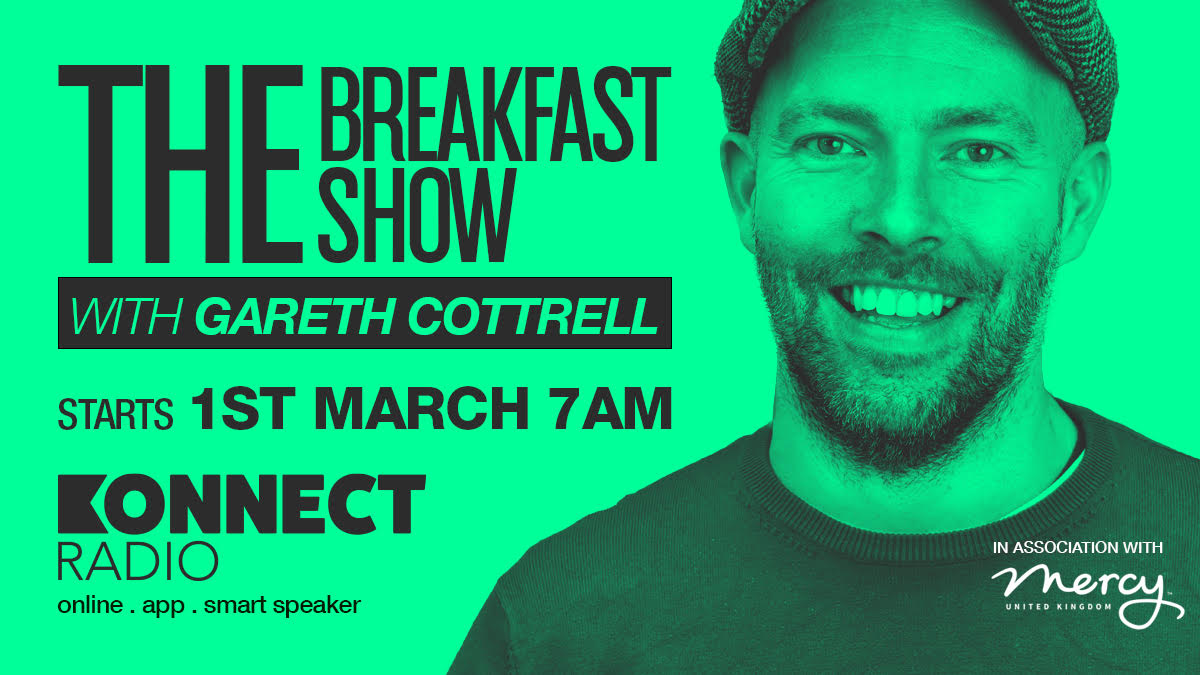 Konnect Radio is being billed as the UK’s first and only mixed format Christian radio Station, playing mainstream and Christian music together.

Gareth, who will host the breakfast show, told RadioToday: “Konnect Radio is really exciting. We are doing things differently and attempting something which has never been done before.

“Regardless of your belief, you’ll enjoy the music, entertainment and personalities. We invite everybody to give it a try.

“Konnect Radio started off as a small project broadcasting from a kitchen. It’s now moved into a full professional studio.”