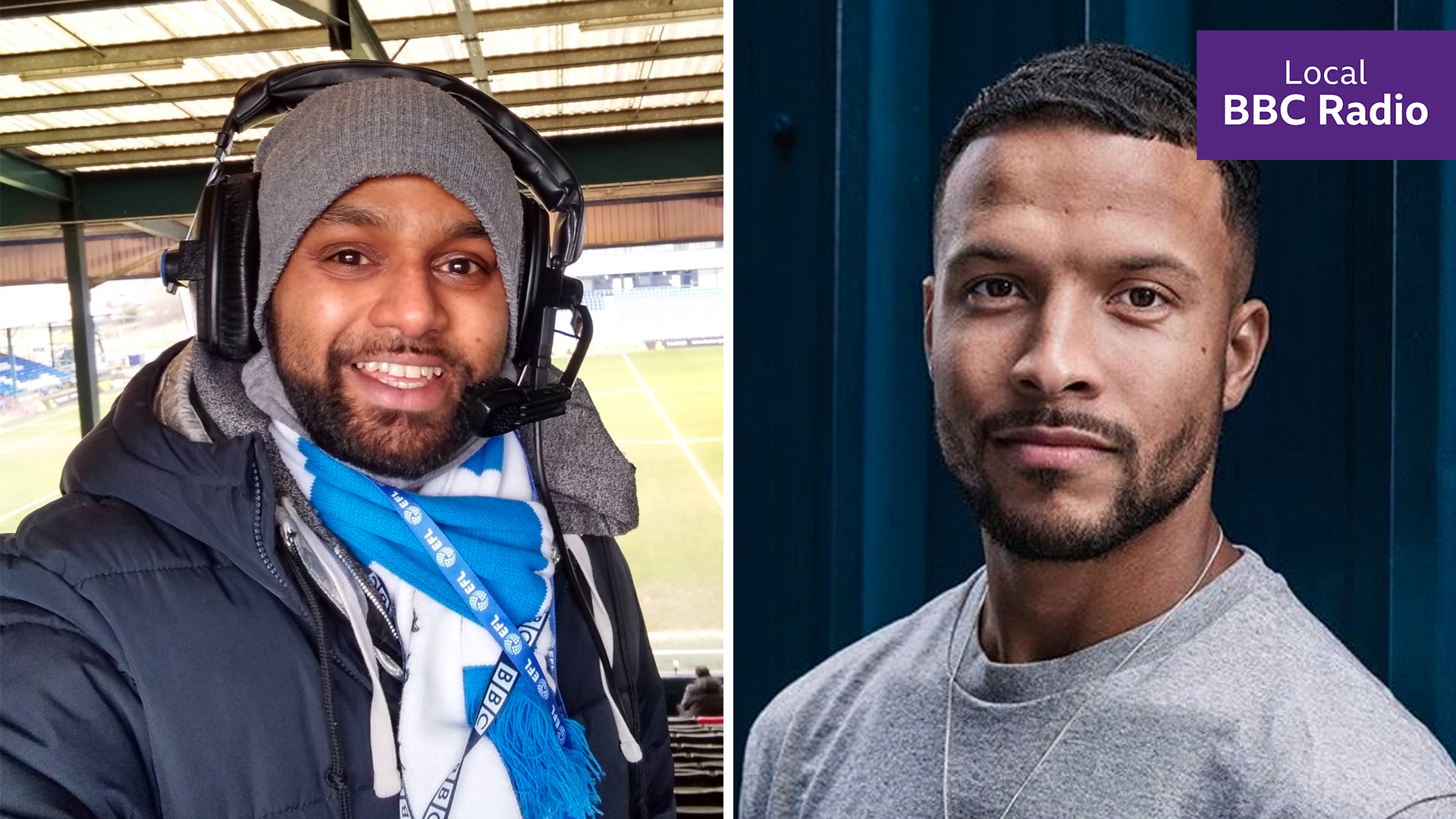 BBC local stations will stream a dedicated goals programme online instead of a looped message telling listeners they cannot listen to live football commentary due to rights issues.

Currently, local radio stations that only have coverage rights for football commentary via terrestrial broadcasting air the loop but will now offer an alternative.

Squad Goals will be presented and created by a group of passionate fans who will take an irreverent look at the English Football League (EFL).

Bury fan Sanny Rudravajhala and former professional footballer Joe Thompson will bring listeners the latest scores and updates from the Championship, League One and League Two, as they come in every Saturday afternoon.

The hosts will also share weekly talking points from the footballing world, inserts from social media and a generous sprinkling of light-hearted banter.

Sanny and Joe will be joined on air each Saturday by guest-fans. Regulars will include football presenters and reporters such as Pien Meulensteen and Natalie Pike, Bolton Wanderers fan Nieve Pegg, Bristol Rovers fan Lucy Ford and Lucy Oliva, who came through the BBC Local Radio Kick Off reporter scheme.

Chris Burns, Head of Audio and Digital for BBC England, says: “We wanted to seize an opportunity to re-imagine the sound of sport on Sounds for our BBC Local Radio listeners.

“If you want to take the BBC Sport Live text, inject it with characters, charisma, humour and a liberal sprinkling of cheekiness then this is the show for you; it’s an irreverent look at the English Football League made by the fans for the fans.”

Sanny, who came through BBC Radio Manchester’s ‘New Voices’ scheme and co-presented the BBC Sounds award-nominated podcast “Out of Our League”, says: “I’m really excited to be hosting Squad Goals – it’s a great idea and the fact you’ll be able to hear about everything going on in the EFL, live and from anywhere in the world, is ace.”

“I’ve grown up watching lower league football and there’s thousands of fans out there who want to know what’s happening for their side and what’s going on around their team. This show will help do that.”

Joe, who came through Manchester United’s Academy and went on to play for Bury, Tranmere and, most notably, Rochdale, says: “I’m really looking forward to bringing Squad Goals to the radio. It’s an opportunity that when it was presented to me, I could not resist.”

Pien Meulensteen, who is a presenter and reporter with BBC Radio Manchester, Premier League productions and MUTV, says: “The football season is reaching its climax, there’s so much on the line. I can’t wait to get started on Squad Goals, to help bring all that excitement and drama to people all over the country.”

With most Football League matches taking place on Good Friday due to Easter, the first live programme will air on 2nd April across local radio services.

The programme will be available on Listen Live, BBC Sounds, Smart Speaker and Freeview for stations that have opted into the programme between 1445 and 1700. The weekly show will then run for the next six weeks every Saturday.

Need a new or improved logo for your radio station? Visit OhMy.Graphics and see how awesome you can look.
Posted on Thursday, April 1st, 2021 at 3:41 pm by RadioToday UK