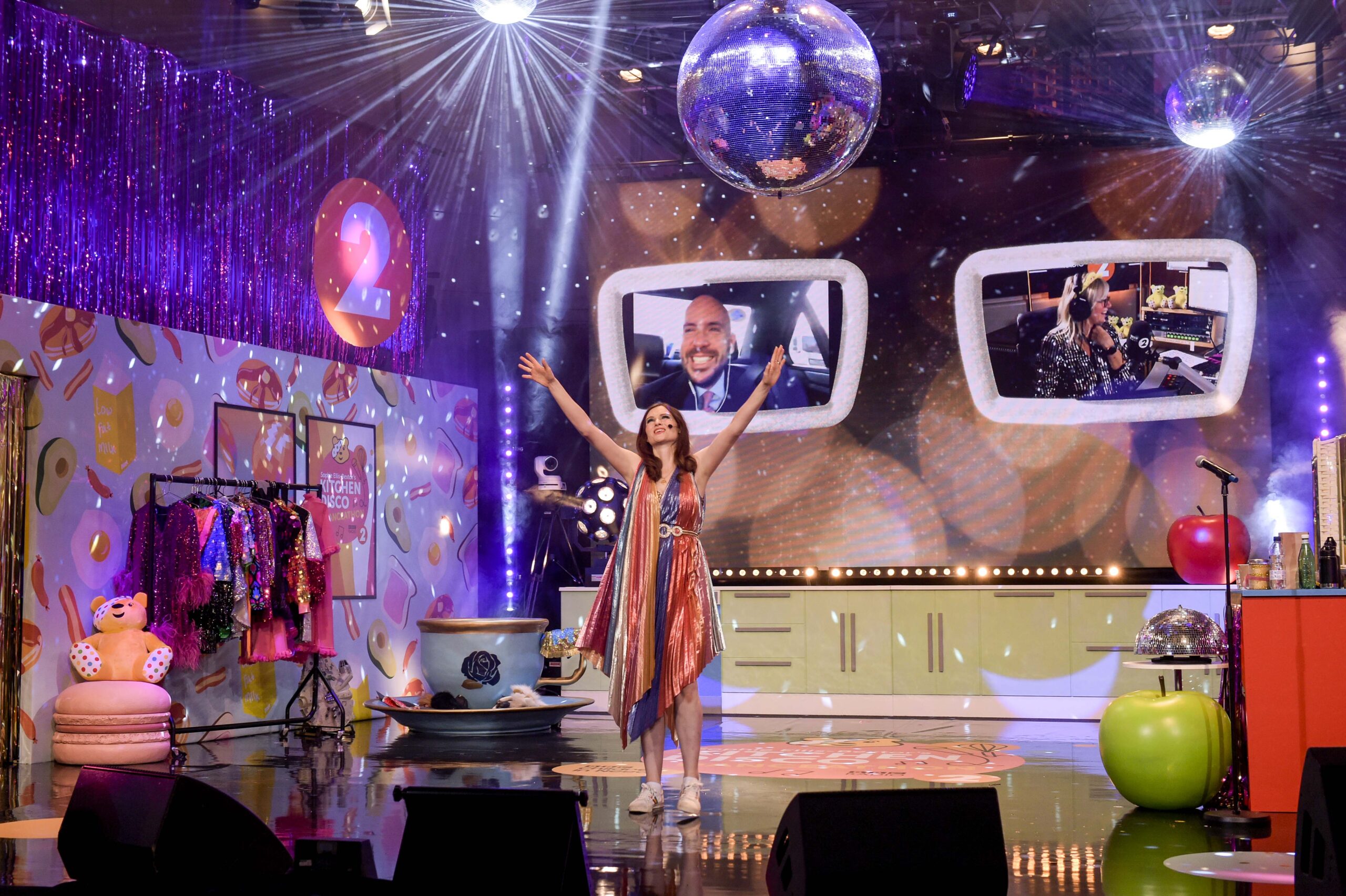 The full Danceathon was broadcast live on red button and BBC iPlayer with regular updates on Radio 2.

Speaking live to Zoe Ball on the Radio 2 Breakfast Show as she finished in a beautiful sparkling rainbow dress, Sophie said: “What a team, thank you so much. I’ve been so well supported.”

Zoe said: “Sophie honestly, thank you so much to all the team from Children in Need and the BBC who’ve supported Sophie. Thank you Professor Greg White as well, thank you to your Richard… he’s been so, I mean gosh, what an amazing marriage you to have, you’re amazing, your kids – she’s got to be a mum again now!”

She continued: “You are an incredible lady Sophie, we love you so much. We’re going to dance for you now because we think you deserve a nice glass of champagne or a cup of tea and a sit down… Thank you Sophie, you’re amazing.”

Sophie said: “It’s been an honour and actually really fun, except for the bits that weren’t fun.”

Zoe said: “You don’t have to dance any more Sophie!”

Sophie replied: “It’s been really amazing and actually quite fun!”

Helen Thomas, Head of Radio 2 said, “All of us at Radio 2 would like to say the hugest thank you to Sophie Ellis-Bextor for agreeing to undertake and now completing an incredible 24 hours Kitchen Disco Danceathon, raising a total so far of £1,009,317 for BBC Children In Need.

“Thank you to all the wonderful Radio 2 listeners who have donated and all those who joined at any point in the Danceathon to support and motivate Sophie along the way. We are all in awe of her accomplishment!”