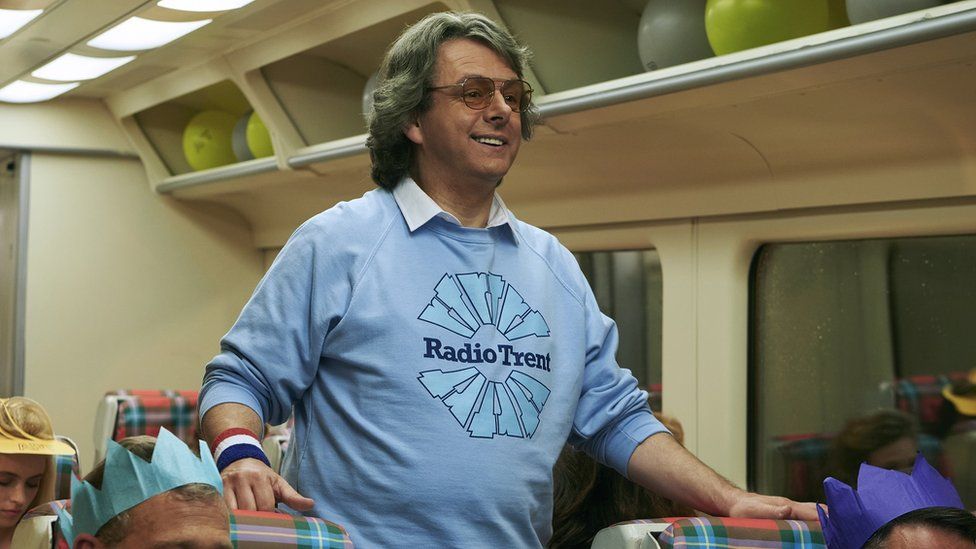 A promotional photo for a new Christmas movie shows the main character wearing a Radio Trent top from the 1980s.

Michael Sheen can be seen sporting the merchandise complete with the full logo used by the Independent Local Radio station from 1986 to 1991.

The logo has the initials rt repeated six times around the words Radio Trent.

It’s part of the new film Last Train to Christmas which sees the character, Tony Towers, travel through time.

He works out that by walking through the different carriages he is sent through time with his actions in one train compartment having consequences for what happens in the next.

Last Train to Christmas is out on December 18th from Sky Cinema.