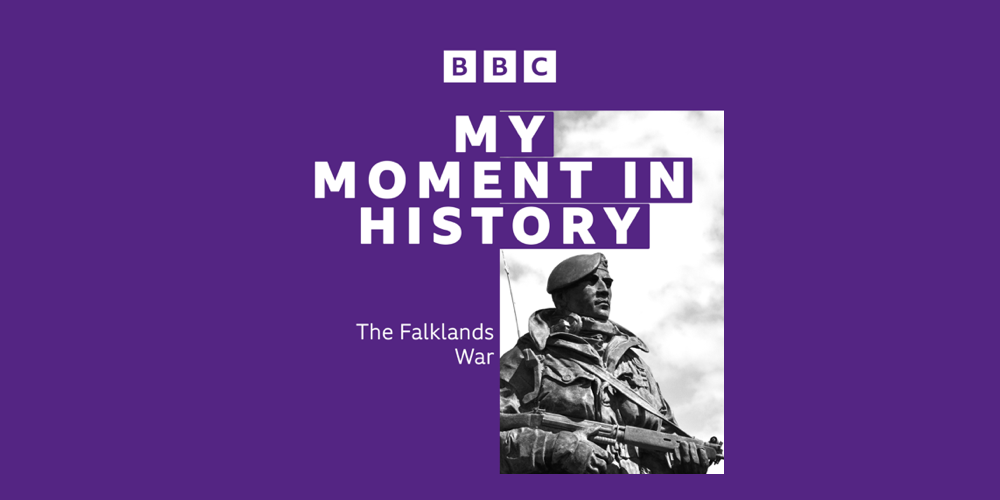 A new podcast from local BBC radio looks back at the Falklands War on the 40th anniversary of the conflict.

The five-part series, ‘My Moment In History: The Falklands War’, will feature personal stories of those involved in the 74 day conflict that began on April 2 1982.

It is fronted by former Royal Marine and broadcaster JJ Chalmers and historian Professor Helen Parr from Keele University, who has a family connection to the conflict.

Each episode features interviews with people who tell their personal story, bringing the series to life – including a paratrooper who fought in one of the bloodiest encounters of the war.

The series also hears from the next generation of young Falkland islanders, on why the conflict should never be forgotten.

JJ Chalmers said: “I’ve always been interested in the Falklands War and telling some of the stories of those involved so that soldiers, their families, the civilians involved are not forgotten. These days it feels more important than ever to understand the sacrifices involved and that the impact of war is felt throughout families and runs through the generations.”

Chris Burns, Head of Audio and Digital for BBC England said: “This series is a very timely reminder of how conflict impacts on people. These are very personal stories and in the light of current events, have a special poignancy.”

“My Moment In History: The Falklands War” will be available on BBC Sounds on Monday 28 March. It will also be on local BBC radio stations and is a BBC England production for BBC Sounds.

Need a new or improved logo for your radio station? Visit OhMy.Graphics and see how awesome you can look.
Posted on Thursday, March 24th, 2022 at 3:24 pm by RadioToday UK