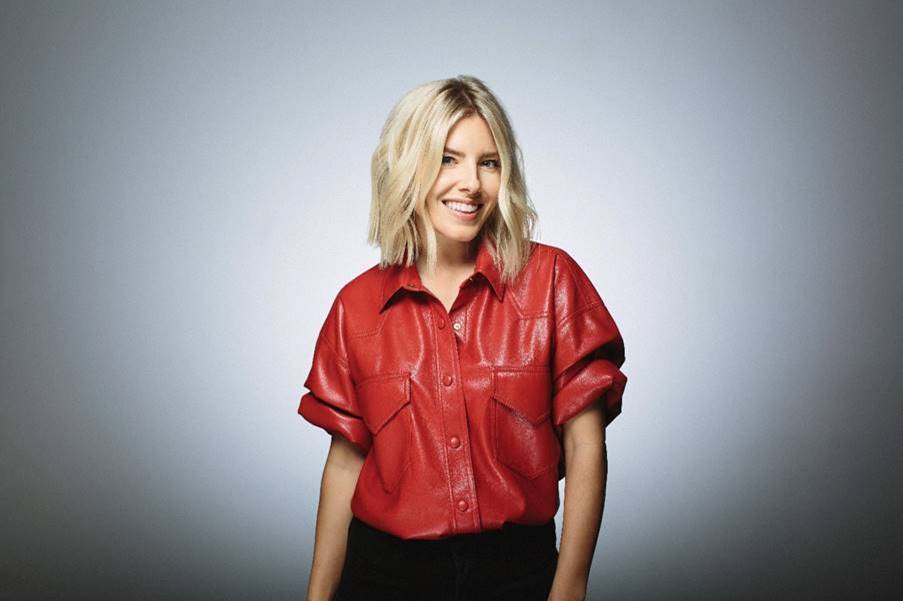 There are a number of comings, goings and movements at BBC Radio 1 this September as Mollie King gets a brand-new show called Radio 1’s Future Pop.

As well as taking on the new show, Mollie will continue to present weekends (1pm-4pm) alongside co-host Matt Edmondson. The station says she will use her expertise to showcase upcoming talent who are set for big things.

Mollie says: “It’s hard to put into words just how unbelievably honoured and excited I am to be launching and presenting Radio 1’s Future Pop!

“As a lifelong complete pop fanatic I am going to adore every single minute of pushing through new and up and coming pop acts. I’ve been on the other side and know just how much it means to have your music supported on the radio and being given the platform, so I can’t wait to search far and wide to find the best pop talent out there.

“The 15-year-old in me, who wrote endlessly to record labels asking to do work experience and make the teas and coffees is crying inside! It’s a real dream come true!”

Aled Haydn Jones, Head of Radio 1 says: “New Music is at the heart of Radio 1 so I’m thrilled we are launching Radio 1’s Future Pop which will be dedicated to finding the next big UK and international pop artist. Mollie is the perfect person to take on this new show as someone who has been on the same journey a lot of these musicians are about to embark on.”

In other news, Monday nights on Radio 1 will be dedicated to Rock and Alternative showcasing the breadth of talent both genres have to offer, kicking off with the Radio 1 Rock Show with Daniel P Carter which will move to Mondays, 11pm-1am.

This will be followed by a brand-new BBC Introducing Rock on Radio 1 (Mondays, 1am-2am) show hosted by Alyx Holcombe who will join the station.

It will focus on championing new and emerging Rock artists from across the UK, uncovering the freshest new musical talent.

Alyx was given her first opportunity to host on Radio 1 over the 2021 festive period as part of Radio 1’s Christmas Takeover, where 30 new DJs and presenters were given a once in a lifetime opportunity to broadcast on the station.

Alyx Holcombe says: “This is everything I have worked so hard for. Underground rock bands now have a space on BBC Radio 1. I can’t believe I’ve done it. This is a win for all of us in the underground rock scene.”

Rounding off the night, from 2am Nels Hylton will host a new playlist – Radio 1’s Future Alternative. This will focus on the future of Rock and guitar, shining a spotlight on emerging genres like PopPunk, AltRock, NuMetal, RapRock and more with acts from the UK and the rest of the world.

Nels hosted his first show on Radio 1 in 2020 after applying for the station’s festive guest presenter initiative where he presented Radio 1’s Rock Show and has since gone on to cover various different shows across the station.

Radio 1 will also welcome Charlie Tee who will become the first permanent female presenter of Radio 1’s flagship Drum & Bass Show which will join the station’s iconic Saturday night schedule moving to 11pm. Charlie was also one of the 30 presenters who took part in Radio 1’s 2021 Christmas Takeover.

Charlie Tee says: “Drum & Bass is such an integral part of UK dance culture and I genuinely believe that right now, its sonic direction is the most prolific it’s ever been! This will be an exciting new chapter for the genre, as the show joins the iconic weekend line-up on Radio 1, in a brand new slot. I cannot wait to showcase the incredible next generation of talent in drum and bass and it’s an honour to be the first woman to do so.”

In addition to the new shows being announced today, Radio 1’s Indie Show with Jack Saunders will move to Sundays at 9pm and Radio 1’s Soundsystem with Jeremiah Asiamah will move to Saturdays at 7pm.

After what will be five years hosting Radio 1’s Drum & Bass Show, René LaVice will be leaving the show to devote more time to his label and other ventures but will remain a key part of the Radio 1 Dance family.

The station will also say goodbye to DJ Target who currently occupies 7pm-9pm on Saturday nights with 1Xtra’s Takeover with DJ Target. DJ Target will focus his Saturday show to a 1Xtra audience instead.

Aled Haydn Jones, Head of Radio 1, says: “I’d like to welcome Alyx Holcombe and Charlie Tee to Radio 1, they’re both new and exciting presenting talent and I’m extremely excited to see what direction there’ll take their new shows in.

“A huge thank you to René for five fantastic years at the station, I’m glad he will remain a key part of the Radio 1 Dance family.

“Thank you to DJ Target who has brought some iconic moments to Radio 1, I’ll continue to watch the show flourish on 1Xtra.”

All changes will come into effect from September 2022.