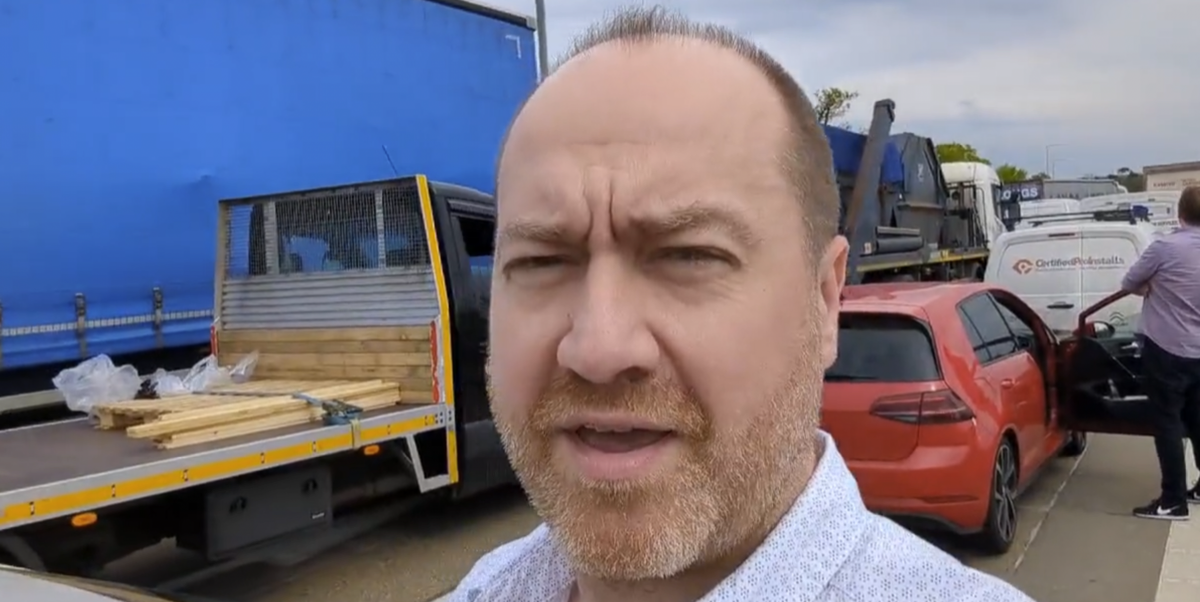 Time 107.5 presenter Steve N Allen hosted his radio show from the M25 on Tuesday afternoon following the closure of the carriageway.

Steve was on his way to work before a lorry full of cooking oil spilled its load across the clockwise section of the M25 between junction 23 and junction 25.

The stand-up comedian and radio host tweeted: “Thanks to the closure on the M25 I’m stuck in, and a new phone, I’m broadcasting on @Time1075_fm while stuck here. I see your #workfromhome and raise you.”

Steve told RadioToday, that with the help of station staff, he has been recording links on his new Google Pixel 6 Pro phone and emailing them to the studio to host the show as planned.

Doing a radio show from trapped M25 traffic. The perfect compromise between working from home and returning to the office. pic.twitter.com/Jhk3kHA0Qg

Time 107.5 in breach for offensive language

Radio presenter to dress up as a princess

New studios for Time 107.5 in Romford