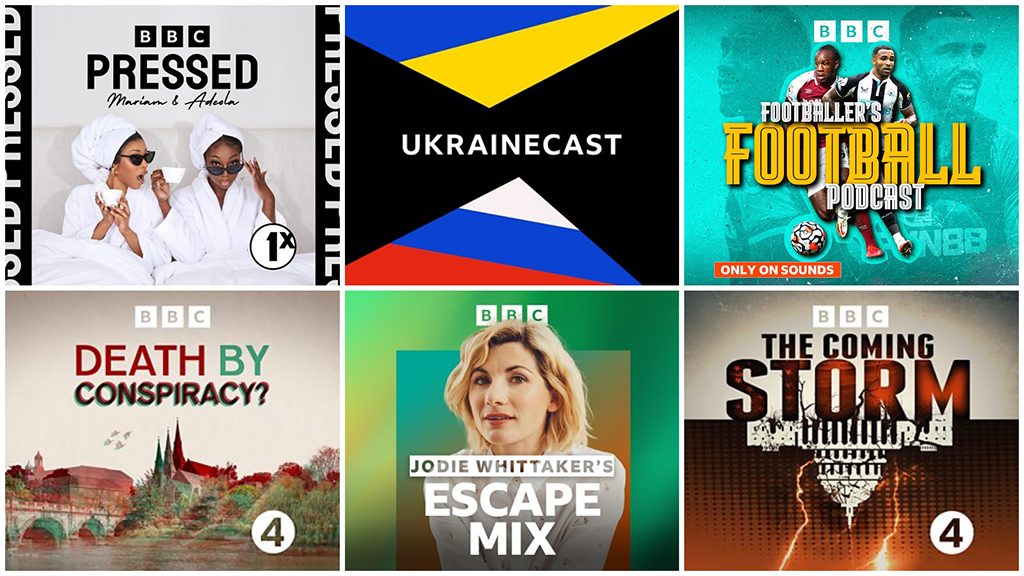 New data for the start of 2022 shows record numbers of people using BBC Sounds, as well as a record 405m million plays of radio, music and podcasts.

The average weekly BBC Sounds audience was also a record with 4.06 million across the app, website and voice activated devices, with a record peak of 4.13 million.

Jonathan Wall, Director of BBC Sounds, says: “We’ve seen continued growth at the outset of this year. Record numbers of people are using BBC Sounds each week for brilliant live and on-demand radio, music and podcasts, and BBC titles that shine a light on the biggest news stories and events in the UK and around the world have been particularly popular this quarter.”

The Archers continues to top the charts for on-demand radio programmes for all adults on BBC Sounds followed by Desert Island Discs and The News Quiz. Radio 1 Anthems is the most popular for under 35 listeners and has the highest proportion of under 35 listeners.

This quarter saw 4.1 million plays for music on BBC Sounds. The Mindful Mix continues to be really popular, giving people stress-busting classical music, and appears at the top of the list.

My Sounds music mixes, launched in January to mark the BBC’s Centenary with some of the BBC’s most loved names including Louis Theroux, Stacey Dooley, Ade Adepitan and Ruth Madeley sharing their top tunes, appear second in the top on-demand music this quarter.

Several podcasts that launched this quarter appear amongst the most listened to on BBC Sounds. The Coming Storm, in which Gabriel Gatehouse takes a journey into QAnon and the dark undergrowth of modern America, was the most popular on BBC Sounds.

Other new podcasts that appear in the top ten include: Putin, the series in which Jonny Dymond tells the extraordinary and revealing story of Vladimir Putin’s life, Death by Consipracy, an investigation by Marianna Spring into how one man was drawn into online conspiracy theories, and Fairy Meadow in which Jon Kay investigates the case of Cheryl Grimmer who disappeared from an Australian beach in 1970.

Pressed, in which influencers Mariam and Adeola keep it real on everything that has them pressed, was the podcast with the highest proportion of younger listeners. The Footballer’s Football Podcast, with Callum Wilson and Michail Antonio and which launched last quarter, also had one of the highest proportions of under 35 listeners.

Need a new or improved logo for your radio station? Visit OhMy.Graphics and see how awesome you can look.
Posted on Wednesday, May 18th, 2022 at 12:12 pm by RadioToday UK